ELLIJAY, GA – On May 24, 2017, four people appeared on security cameras at Gilmer County High School as they came from the vicinity of Mountain View Elementary School.

Those on the footage proceeded to gain entry to the school at approximately 2:00 am, drug out a milk cooler, a metal shelf, and several smaller items including mops, and leave them in the roadway of Bobcat Trail.

Later identified as Paul Kell Kiker III, Austin Tyler Buntin, Griffin Douglas Cagle, and Noble Zuschlag, the four men continued around the school damaging 23 locks with toothpicks and glue. Three of the men recently graduated from Gilmer High School in 2017 while Zuschlag was a 2016 graduate.

Though appearing in the security footage to have been in possession of a key gaining entry, officials say the suspects told them they did not have keys, but rather that the door was unlocked when they pulled on it.

After gaining entry to a storage room and putting a metal shelving rack in the roadway behind the school, the Incident Report of the School Resource Officer (SRO) investigating stated “another person came outside pulling a dairy cooler, and he and another student put the cooler in the roadway. They then pushed the cooler down the roadway towards South Main Street (Old Hwy 5).” 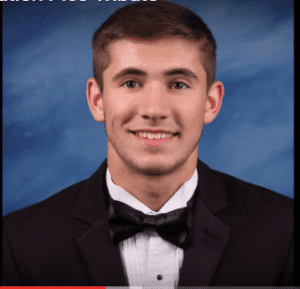 Paul Kell Kiker, III, identified as one of the four men responsible for the damage done to Gilmer High School.

The report also states, “The cooler was found of the side of Bobcat Trail. Apparently, it was severely damaged when it struck the guardrail on the side of the roadway.”

During his investigation, the SRO had three of the Gilmer High School Faculty, Assistant Principal Greg Burrell, Principal Carla Foley, and Interim Athletic Director Terry Luck all watch the footage which resulted in them separately identifying one student as Griffin Cagle.

According to the Officer’s Report, as Cagle was questioned at the Board of Education Offices, he agreed it was him in the video and told the officer the names of the other three students involved. 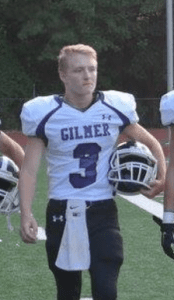 Austin Tyler Buntin, identified as one of the four men responsible for the damage done to Gilmer High School.

Tyler Buntin and Kell Kiker individually came to the School Resource Officer’s Office at GHS and agreed to speak with the officer about the incident. “Having already signed the “Miranda Warning” form,” the report states, “they both admitted to their roles in the incident…”

Kiker also admitted they bought the super glue and toothpicks that were put into the 23 locks on school doors reported as damaged. Both students also identified themselves in the security footage.

On May 25, 2017, Noble Zuschlag met the SRO in his office with his father. After being read his “Miranda Rights” Zuschlag stated he wished to speak with Superintendent Dr. Shanna Wilkes first. 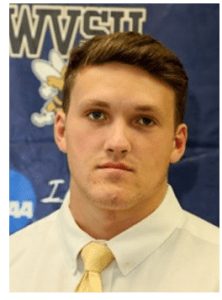 Noble Zuschlag, identified as one of the four men responsible for the damage done to Gilmer High School.

With all four involved gathered, the officer states he took them into a conference with Dr. Wilkes and Gilmer High School Principal Carla Foley.

Being reminded of the Miranda Rights still applying, all four reportedly apologized to Dr. Wilkes and Principal Foley.

It was at this time that the SRO asked Noble Zuschlag what he was apologizing for since he had never spoken with him. Zuschlag did admit to not only participating in the act, but specifically identifying himself with details about his attire and actions in the incident.

On May 31, 2017, the officer issued a summons for each of the four involved and met with them to explain the summons and their mandatory appearance in Superior Court, set for June 13, 2017. 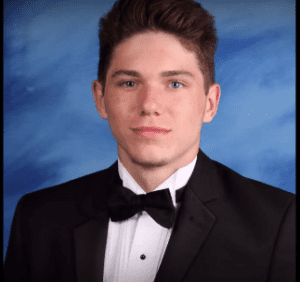 Griffin Douglas Cagle, identified as one of the four men responsible for the damage done to Gilmer High School.

Since then, the students have been accepted into the “Youthful Offender Pre-Trial Diversion Program” and agreed to certain terms. If they should violate any of the terms the agreement states it will “result in the case being referred to prosecution for not only the offense of Disrupting Operations of  a Public School, but for all other criminal offense that may have arisen from the act(s) that is/are the basis for the above stated citation.”

As a part of the agreement, a summary of those terms agreed to include:

Upon completion of the program, the Office of the District Attorney agrees to dismiss the citation and waive prosecution on other criminal offenses.

Still, others state that more questions remain. No specifics have been delivered about whether or not the four had a key to the school. While officials report the students said the door was open, no other discussion or report has offered more information.

If the door was open, then who left it open? Is there an investigation going as to why it was left open?