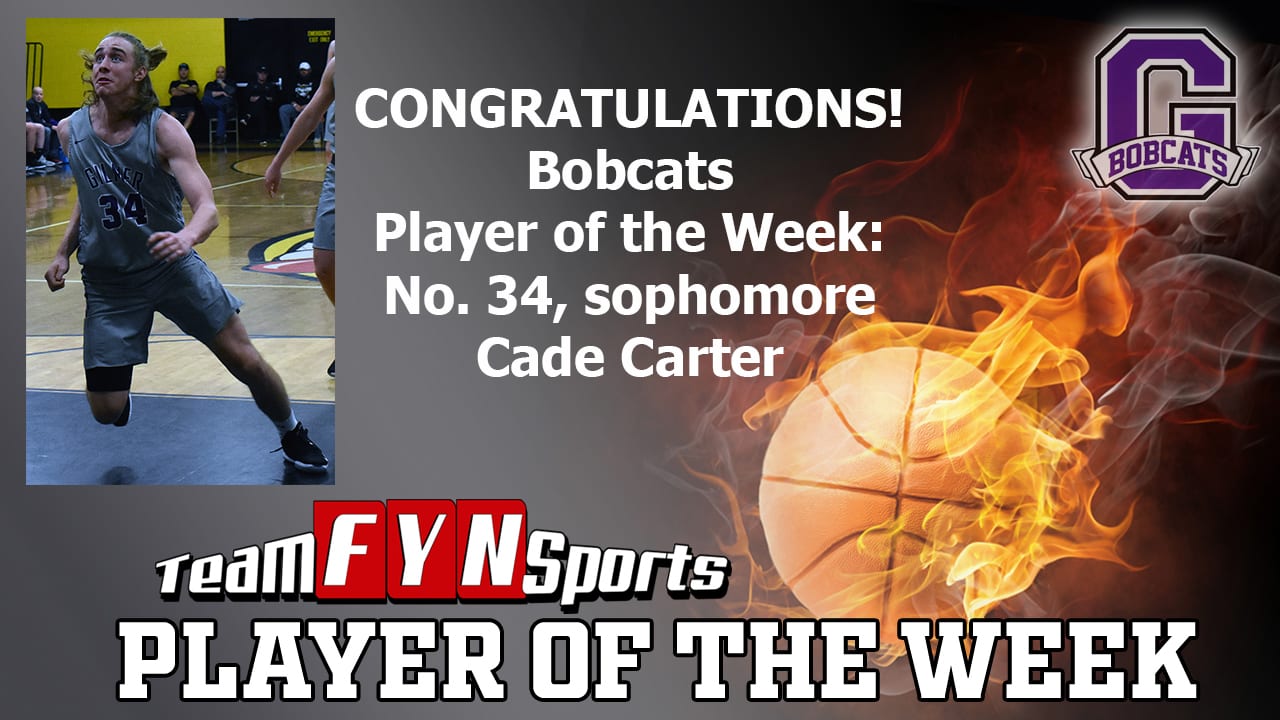 Cade Carter is the TeamFYNSports Writer’s Player of the Week for the Bobcats!

On Tuesday, Dec. 3, Carter scored 16 points as the Bobcats took down Region 6-4A opponent Southeast Whitfield Co. 68-55 in Ellijay.

Carter followed that with 14 points and double-digit rebounds in a big, non-conference win at Murphy on Thursday, Dec. 5, in Murphy.

Carter came to play over the week on defense, providing great inside presence for the Bobcats in the two wins. The sophomore is off to a strong start as the strongest post player for Gilmer, which is 5-1 overall this season.

For his efforts, Carter is the TeamFYNSports Writer’s Player of the Week for the Bobcats!