The board did mention third party representation in a previous meeting’s discussion, but did not refresh that sentiment in January through their discussion over the topic. All three commissioners did indicate their hesitation in moving forward quickly with the agenda item, meaning more discussion is likely to come before they have any final or official decisions on the board. 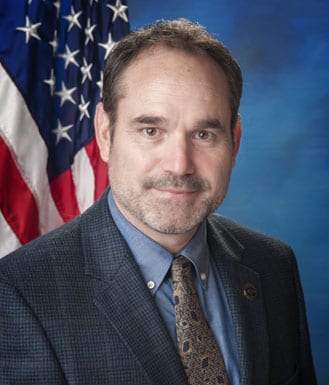 Probate Judge Scott Chastain continued to ask the Commissioners for their consideration and urged the importance of having a Board of Elections in the county, especially considering the major issues the country has seen in the most recent elections. Chastain noted the sheer amount of work involved in elections indicating that it was too much for his office and that he wants to rid the Probate Office of all Elections involvement.

He asserted the growing weight of Gilmer’s population and growth, saying that increased growth means and increase in the volume of work for his office during elections.

Chastain also repeated the appearance of possible impropriety of having the elected position of a Probate Judge involved in elections including ones he is running in. He said that in such situations as those he is running in, he has to pay someone to watch over the elections process because he legally can’t be involved, yet he is still held responsible should any issues arise.

January provided a prime example of such a situation where Chastain removes himself from the process. The January 5, 2021, runoff election concluded rather smoothly, despite some early issues with voting machines in one precinct, according to Chief Registrar and Elections Manager Tammy Watkins. 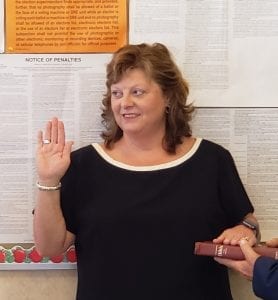 Throughout the night after polls closed, as FYN spent the night present in the Probate Office reporting results, Watkins worked diligently with Associate Judge Tracey Teague and members of Elections, the Probate Office, and Registrar’s Office. Much of the staff was present, with 6 people counting absentee ballots and four others running the counting machines. Yet, Judge Chastain did not appear.

Chastain recently appointed Associate Judge Teague for exactly such situations. As stated in previous Commissioner Meetings and the 2021 Budget meetings, having an Associate Judge would cover situations when Judge Chastain is unavailable due to trianing, meetings, or other circumstances. This came partially at the suggestion of the Council of Probate Judges as many Judges were being quarantined or sent home due to positive COVID tests and exposures, including Judge Chastain.

As the elections superintendent, Probate Judge Chastain is more of an overseer to the elections process with staff of the two offices being the ones who do the counting and processing.

Discussions continued amongst the commissioners and Chastain with indications pointing towards the county going forward with the creation of an elections board. However, rather than rushing through local legislation to put this in, Commission Chairman Charlie Paris said that they will likely take the time to fully flesh out the creation of a board and all the details involved before taking it to state representatives to be put into local legislation. Even with this push, indications pointed that with an early enough vote in the 2022 legislation, Gilmer could be converted into a Board of Elections before the Governor’s Race next year. 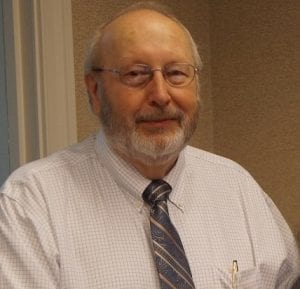 Paris went on to say to Watkins that she should take it as a compliment that the board wants to go slow with the process and understand it as meaning that they have been pleased with the handling of the elections and don’t feel the need to rush into a change.

Originally, Chastain came to the Board of Commissioners with two options, creation of an Elections Board or an increase to his stipend for elections work. As such, Watkins was briefly considered to simply take over the Elections Superintendent position in his stead. More recently, the BOC seems entirely focused on a Board rather than a single person.

However, Watkins is still proving to be a top candidate in replacing Chastain in some form. Looking at other counties, it was noted during the meeting that some have the Chief Registrar as Chairperson of the Board of Elections, others have the board selecting the Chief Registrar who operates under that board.

Some comments even seemed to point that the county could consider consolidating the Board of Registrars into the Board of Elections, but, again, details have not been fully confirmed or set on how Gilmer County will create theirs.

The fact is, counties all across Georgia have created and operate their boards in many different fashions. A fact not lost on Gilmer’s BOC as they acknowledged early in the meeting that if the state moves to force every county to adopt a Board of Elections, they could create required standards or structure.

Moving forward, each of the commissioners noted how important or how big of a change this will be for Gilmer County. While it was said that citizens will not see any difference in polls or operations from their point of view, it will entirely change how Gilmer County runs its elections and how it operates internally during the process.

As always, citizens are welcome in the Commissioner’s monthly meetings as well as directly contacting the office of the Board of Commissioners.