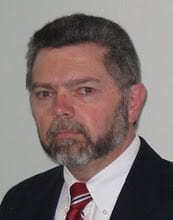 The writer of Hebrews describes Jesus as “one who in every respect has been tempted as we are, yet without sin.” This is an encouragement to us; we have a minister who experienced trials, but who demonstrated God’s power to be victorious in those tests.

I’m confident Jesus was tried, tested, and tempted in many ways. But the Gospel writers tell us of three specific temptations that confronted Jesus. This account must have been given by Jesus to his disciples; none of his followers were actually with him when these temptations occurred. Obviously, they were told to the disciples—and by them to us—for our benefit. I suggest they are representative of the kinds of temptations that are most subtle, that most often lead to our failure, and that are most necessary to understand and overcome if we are to be used by God.

Jesus’ temptations, as recorded in the fourth chapter of both Matthew and Luke, are not the kind of situations we most often associate with temptations. In fact, each temptation was to accomplish something good. He was tempted to turn a stone to bread for His own nourishment, to use a miracle to show God’s power (and perhaps attract followers), and to obtain a kingdom. Later, Jesus did miraculously multiply bread for the feeding of thousands. He did demonstrate God’s power through miracles, and He did come to establish a kingdom. So, what exactly was the point of the temptations? What was Jesus demonstrating?

Throughout His life, Jesus was careful to seek the Father’s will; He never acted without knowing what His Father desired of Him. He never acted on His own initiative; He never sought His own way. The Gospels tell us repeatedly of the time He spent in prayer; the times He went away alone to commune with—to talk to—His Father. His pattern of life was depicted in Psalm 40:8 where the Psalmist personally and prophetically wrote, “I delight to do your will, O my God; your law is within my heart.” Jesus own testimony was, “the Son can do nothing of his own accord, but only what he sees the Father doing. For whatever the Father does, that the Son does likewise.” (John 5:19) On the eve of His death, He truthfully reminded His Father, “I glorified you on earth, having accomplished the work that you gave me to do.” (John 17:4)

Each temptation Jesus faced was an opportunity to accomplish something in His own power and in His own time. Each of these opportunities were valid, in line with His ultimate purposes, and certainly within His means and abilities. The problem was simply that, should He accept Satan’s suggestions, the goals He accomplished would not be in God’s time or rely on God’s means. Only when Jesus demonstrated His purpose to please God—rather than accomplish legitimate purposes—did He begin His life work.

Many needs and opportunities will confront you and I today. Will we respond to each situation with a genuine desire to know and do our Father’s will? Or will we simply seize every opportunity to meet our needs, show our power, and accomplish our purposes? Shouldn’t we, can’t we, overcome temptation by trusting our Father for His provision, for His purpose, and in His time? Even good things are wrong if they do not glorify our God.