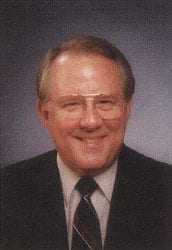 1 Kings 18:36-46
Once there was a little girl whose brother made a trap to catch birds. She prayed every night that it might fail. One day her face became radiant and for three days she prayed hard. Her faith had become so absolute so suddenly that her mother asked her, “Mary, why are you so sure that your prayer will be answered”?Mary smiled and said, “I know that my prayer will be answered because I went out there three days ago and kicked the trap to pieces.”

Sometimes prayer motivates us to take action and God uses the fire in us to answer our own prayers. Other times our prayers are totally dependent on God’s action. Does prayer make any difference? The position that I shall take in this sermon is that prayer makes all the difference with God.

Great Christians of the past have come to the same conclusion. C.H. Spurgeon said, “Prayer bends the omnipotence of heaven to your desire. Prayer moves the hand that moves the world.”

Martin Luther said, “Prayer is a powerful thing, for God has bound and tied himself thereto.”

John Calvin said, “Prayer is the chief exercise of faith by which we daily receive God’s benefits.”

William Law said, “Prayer is my chief work; by it I carry on all else. Prayer is the nearest
approach to God and the highest enjoyment of him that we are capable of in this life. It is the noblest exercise of the soul. It is the most exalted use of our best faculties. It is the highest imitation of the blessed beings of heaven.”

Elijah believed that prayer would cause God to make a difference in the situation that Israel faced. Israel was in a time of famine because of a drought that had lasted for three years and six months. God had removed his blessings from Israel because of their idolatry. They had begun to worship Baal. This was the god of the Canaanites. The people of God had become more influenced by their surrounding culture that by their inner faith. Baal was seen in the thunderstorms and was worshipped as the god who provided fertility. This was a great temptation for the Israelites who wanted their crops and their families to flourish.

People are discovering today that Satan can bless with financial rewards and they are selling their souls to be in a better financial position. J P Morgan, Lehman Brothers, and others of the big banks have set loose on the world a financial greed through their derivative schemes that has been previously unknown in human history. This is partly responsible for the financial problems of Europe and some of our states.

Let’s examine the prayer of Elijah in his situation.

Elijah prayed when evil had done its work. The hearts of the people had been turned away from God to Baal. He prayed when the judgment of God was upon them in holding back the rain for three and a half years. He prayed when he was the only prophet left and Baal had 450 prophets. He prayed when God prompted him to have a contest to demonstrate to the people who the true God really is.

Elijah proposed a contest with the prophets of Baal on Mount Carmel. This is a beautiful mountain that overlooks the city of Haifa today. From Carmel you can look out across the city and see the Mediterranean Sea. Elijah said to the prophets of Baal, “Build an altar and place thereon your sacrifice. Then all of you pray to Baal and I will pray to God. The one who answers by fire will be declared to be the true God ion Israel.”

The prophets of Baal agreed and did as Elijah had suggested. They prayed all morning. Midday passed. They prayed all afternoon until the evening sacrifice. But there was no response from Baal. Then Elijah called the people to him. He repaired a nearby altar of the Lord that had been neglected. He placed twelve stones there – one for each of the twelve tribes – and he placed his sacrifice on it. In addition he dug a trench around it and filled it with water. Then he prayed.

Our praying today is often in very similar circumstances. The secular world around us has turned the hearts of God’s people away from him. The altars of the Lord are in disrepair. They have hosts of secular prophets that they follow. The situation sometimes looks impossible.

A woman proudly hung on her mantle a needlework piece that said, “Prayer changes Things.” A few days later it was missing. She asked her husband if he had seen it. “I took it down,” he said. “But why?” she asked, “don’t you believe that prayer changes things?” “Yes,” he said, “but I don’t want to change.”

There is a strong inertia to prayer. Israel had neglected it for years. They were in a spiritual drought and famine as well. It was time for bold prayer.

“O Lord, God of Abraham, Isaac and Israel, let it be known today that You are Godin Israel and that I am Your servant and have done all these things at Your command. Answer me, O Lord, answer me, so these people will know that You, O Lord, are God, and that You are turning their hearts back again.”

In the midst of a society that has tried to remove all mention of God from public life and has championed causes that are clearly against the teachings of Holy Scripture, we have built a building that is dedicated to the Lord for the worship and education of his people, for the proclamation of the Gospel in this community and to the ends of the earth, and for the winning of the lost to Christ. It is our purpose to turn the hearts of the people of this area to the Lord. We will use this facility to strongly teach the biblical truths that will cause families and individuals to follow the Lord.

A W Tozer said, “What I believe about God is the most important thing about me.”

“How often we have these, “just prayers,” like: “God could you just provide enough for paying this month’s bill?” “God, could you just please forgive my sins”, “God just help me pass the class”, “God just …. Fill in the blank”. The reason we pray “just” prayers is because we think less of God than what he is capable. Do we really believe that He is the creator of the universe, the one who said – Let it be – and suddenly there it was: the stars in the sky, the sun, the moon, the oceans, the rivers, the mountain, it was all he said – Let it be – Do we believe that our God is the Mighty God, he is the Lord of Heavens Armies?” (from Pipi D’s Prayer Blog)

J B Phillips challenged us with his book YOUR GOD IS TOO SMALL. How will we react in Heaven when we find out that we missed so much just because we never had the boldness to ask amazing things? If you think about God as a small God, a God who is just big enough to get by – you will pray accordingly. If you believe that God is for you, and he is more than able to grant your heart’s desires – you will pray accordingly. But this kind of bold praying should only be done under the Holy Spirit’s direction as Elijah did. When God directs us to pray boldly, we are then praying in accordance with his purpose. His answers will then be for His glory and our good.

“Then the fire of the Lord fell and burned up the sacrifice, the wood, the stones, and the soil, and also licked up the water in the trench.”

God acted in response to Elijah’s prayer. It was an amazing sight. The prophets of Baal had prayed all day and nothing happened. But when Elijah prayed, the fire fell. God demonstrated that He is God. Don’t you feel that God wants to demonstrate Himself in this present day through his people? Fire is an emblem of the Holy Spirit. God wants to pour out his Spirit on His people. There are churches across the land where God is revealing Himself in ways that are new to their Christian experience. This is always in response to the hunger of the people and their desire to know Him.

Then, the three and a half years drought came to an end. “The sky grew black with clouds, the wind rose, a heavy rain came on.” (v.45)

God can end the spiritual famine and drought in your life if you will turn to Him in prayer and confess your sin and acknowledge His as God.

Does Prayer make any difference? It can make all the difference for you.
Have you ever felt the urge to pray for someone and then just put it on a list and said, “I’ll pray for them later?” Or has anyone ever called you and said, “I need you to pray for me, I have this need?”

A missionary on furlough told this true story while visiting his home church in Michigan.
“Upon arrival in the city, I observed two men fighting, one of whom had been seriously injured. I treated him for his injuries and at the same time talked to him about the Lord Jesus Christ. I then traveled two days, camping overnight, and arrived home without incident. Two weeks later I repeated my journey. Upon arriving in the city, I was approached by the young man I had treated.

He told me that he had known I carried money and medicines. He said, “Some friends and I followed you into the jungle, knowing you would camp overnight. We planned to kill you and take your money and drugs. But, just as we were about to move into your camp, we saw that you were surrounded by 26 armed guards.”

At this I laughed and said that I was certainly all alone out in that jungle campsite. The young man pressed the point, however, and said “No sir, I was not the only person to see the guards. My five friends also saw them and we all counted them. It was because of those guards that we were afraid and left you alone.”

“On the night of your incident in Africa, it was morning here and I was preparing to go play golf. I was about to putt when I felt the urge to pray for you. In fact, the urging of the Lord was so strong, I called men in this church to meet with me here in the sanctuary to pray for you. Would all of those men who met with me on that day stand up?”

The men who had met together to pray that day stood up. The missionary wasn’t concerned with who they were – he was too busy counting how many men he saw. There were 26.” (Patricia Love)

This story is an incredible example of how the Spirit of the Lord moves in mysterious ways. If you ever hear such prodding, go along with it.

PRAISE BE TO HIS NAME!