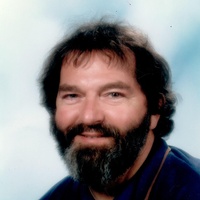 Charles George Campbell, 76, died July 26, 2017, at his home on Walnut Mountain after a brave struggle with Parkinson’s. He leaves family and friends with the gift of his smile, his patience and strength, his courage and grace. Charlie is lovingly remembered by his wife Mary, four sons, nine grandchildren, his sister Helen, his sisters-in-law and brother-in-law, and dozens of nieces, nephews, and cousins from Maine to Florida, Montana to Germany.

Charlie was born January 7, 1941 in Patten, Maine, the youngest of James and Lottie Campbell’s four children. He played guitar and sang lead vocal with a group formed in his hometown in the 50s, and remained devoted to music throughout his life. After graduating from college, Charlie began teaching science in Presque Isle, Maine. He was stationed in Heidelberg, Germany with the US Army from 1964-1966. Charlie retired from a 30 year career with the Department of Defense Education Activity in 2006, but he continued to hold teaching and learning, traveling, listening, and reading dear to his heart. He and his wife lived in Europe until 2015 when they settled near family in the North Georgia mountains.

Charlie’s family is sincerely thankful for the dedicated staff at Heartlite Hospice in Ellijay whose personal home care and kindness helped him through these past difficult months. An exuberance of family gathered in South Carolina to celebrate Charles George Campbell last week. Private memorials will be held in Bitburg, Germany and in Patten, Maine over the next weeks.
Bernhardt Funeral Home is in charge of arrangements.