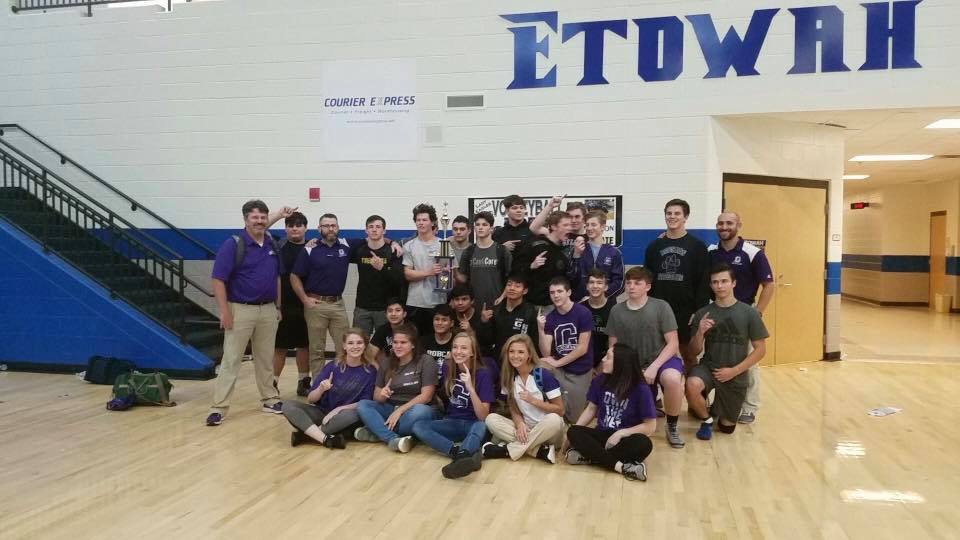 Less than a week after finishing second place to Cass at the Blackbeard Duals, the Gilmer High Bobcats turned around and dominated a 21 team tournament at Etowah to take top honors; and they were able to do so by beating the very team that trumped them just a few days earlier in the week.

With huge wins over Cambridge, Northwest Whitfield, Woodland-Cartersville, and Cass; the Cats were relentless in their pursuit of victory on the mats and would not be denied.

Their second team finished 2nd Place in the JV tournament as well.

When we reached out to the Gilmer coaches, we gained some insight as to the strategy involved from a coaching standpoint and the impact it can have on the team’s overall results.

“We wrestled well at Allatoona just a few days before and Cass was really tough.  They have a couple of kids that are experienced and have wrestled in the state tournament,” Bobcats head coach Joshua Ghobadpoor told TeamFYNSports.  “We made some adjustments with our roster going into [Etowah] with some weight adjustment and it gave us a more favorable matchup.  The team wrestled hard and even with a couple of forfeited matches we knew we had a chance to win and we did.”

Results from the Allatoona Duals: