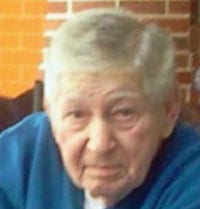 Mr. Gazaway was born December 8, 1931 in Atlanta, Ga to his late parents Jesse and Amanda Violet Andersen Gazaway.  He was a graduate of Okeeth High School, Class of 1951 and went on to attend two years of college.  He was a member of the Smyrna Church of Christ and served honorably in the United States Navy during Korea.  He worked for many years as a deputy for the Cherokee County Sheriff’s Office.  He is preceded in death by his wife, Myrtle Marie Chappell Gazaway, son, Richard “Andy” Andersen Gazaway, Sr., sister, Madine Allen, and brothers Elden Gazaway and Edwin Gazaway.

Graveside inurnment services will be held at 2:30pm on Thursday, December 14th, 2017 at the Georgia National Cemetery with Min. Butch Jones officiating.  Military graveside rites will be performed by the United States Navy.