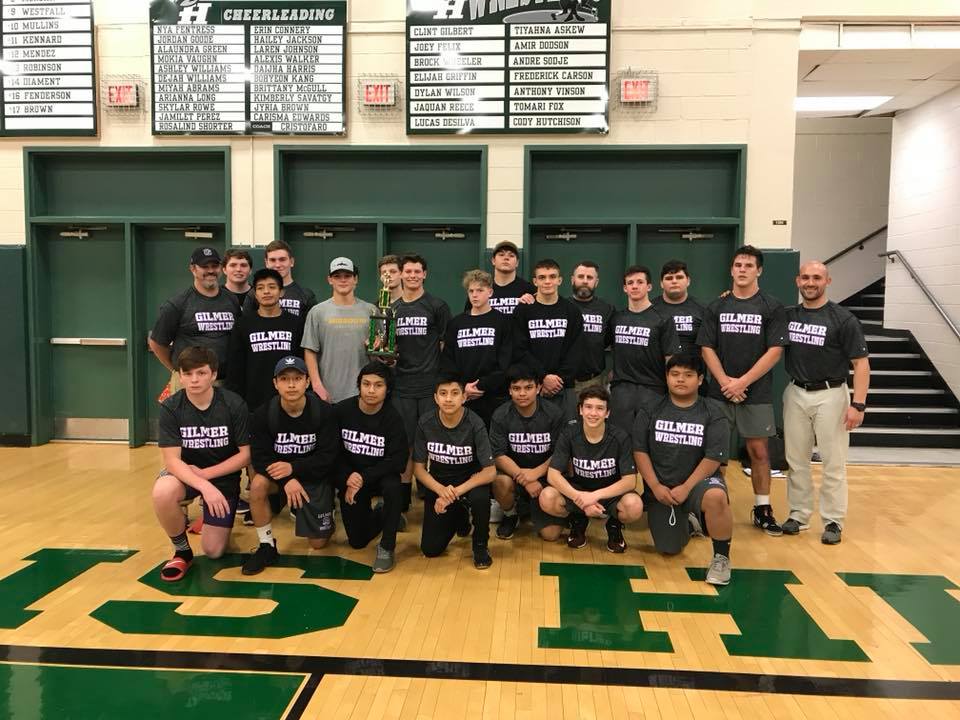 The Kyle Maynard Duals are one of the most heralded wrestling tournaments in the Southeast, drawing some of the best competition the area has to offer.  The success Gilmer High School has had on the mats this season certainly warranted their invitation to compete, and compete they did.

They kicked off the duals with a huge win over Hoover, Alamaba; followed by team victories over Cook County and Union Grove to catapult the Cats into the semifinals.

In the semi’s, they “exchanged pleasantries” with Commerce, arguably one of the best wrestling programs in the state of Georgia.  Commerce was able to derail the Cats from their championship run, but only by 3 points (33-36).

The loss pitted Gilmer against tournament host Collins Hill, resulting in a 41-24 win after what head coach Joshua Ghobadpoor called “an outstanding performance by everyone on the team”.

The team returned to mandatory practices on Wednesday and look forward as they prepare for upcoming Area Duals and a hopeful run at another state title.