BLUE RIDGE, Ga. – The National Rifle Association (NRA) announces its pick for Georgia’s next Governor, and released that the association would officially be backing Casey Cagle. Not all Republican candidates are happy with the NRA’s decision. 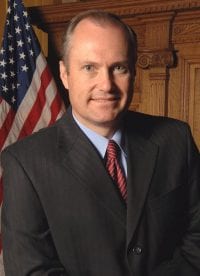 With more than 100,000 active members in the state of Georgia, the NRA’s endorsement is sure to pull some weight in the upcoming May General Primary.

Earning an A+ rating from the NRA for each year that he has served in office, this is not the first time that Cagle has been endorsed by the organization.

“Gun ownership is a right that Georgians take seriously, and the NRA endorsement is the gold standard in our state,” Cagle said explaining his enthusiasm for receiving this endorsement. “I’m an avid outdoorsman, and I taught all three of my boys how to hunt, shoot and respect firearms. That’s an American legacy that I want to see handed down to my grandchildren and to the generations that follow them.”

“I’m honored and excited to have the NRA’s support because its cause is one that I share and that I have fought for,” Cagle continued. “I’m a lifetime member of the NRA, and I’m proud of my unwavering record for the Second Amendment. Like the NRA, I believe the framers of the Constitution meant what they said when they wrote that the right to bear arms shall not be infringed.”

Having already received backing from Educators First and the Georgia Realtors, the NRA endorsement makes a third announcement of support for Cagle this week.

The NRA endorsement comes on the heels of Secretary of State of the U.S. State of Georgia and Republican Governor hopeful Brian Kemp sending an email to a top NRA lobbyist, Christopher Cox, concerning Cagle’s true allegiance to the organization.

In regards to Cagle’s stance on Delta Airlines and recent Georgia legislation passed, Kemp stated in the email, “The NRA is getting played.”

Kemp added, “As those of us involved in Georgia politics like to say…..you’ve been “Casey Cagled”.”

Brian Kemp shared his thoughts with FetchYourNews on the recent announcement from the NRA: “The 2nd Amendment is not a talking point to me. It’s a way of life. I shoot, hunt, and carry – because we have the right to protect ourselves and defend our families from harm. As governor, I won’t compromise or play games for political gain.”