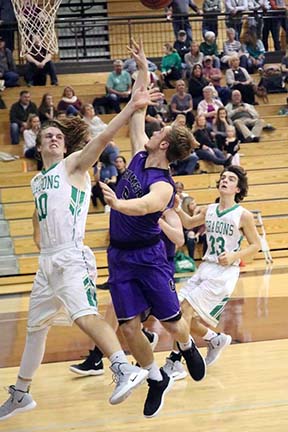 As of one of the most important games of the basketball season the Bobcats and Dragons faced off in a Highway 515 rivalry on Tuesday night.  The intensity and emotion always run high in these games and last night wasn’t any different. 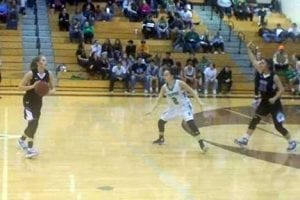 The Lady Cats came out and competed against a Nettes Team sitting on a three-game win streak and a player in MyKenzie Weaver that reached the 1000 point plateau as a Junior.  This rivalry game held up to the expectations with the scoreboard reflecting the determination of both the Lady Cats and the Nettes wanting the win for not only the region standings but also for bragging rights.  Pickens jumped out early in the first and carried a 16-8 lead over Gilmer heading into the second period. Finding themselves trailing by 8, The Lady Cats found a rhythm and turned up the heat and outscored the Nettes 18-9 to carry a 26-25  lead at halftime.  The third and fourth periods continued to exhibit the excitement from the first half.  The third period saw the score change on what seemed like every shot.  The third ended with a 1-point Lady Cat lead.  As the final period began, a new set of nerves kicked in as with the previous period ended.  Once again the lead went from home to visitors every few seconds.  With time running out, a Nettes foul sent the Lady Cats to the free-throw line in a tie game.  Making 1 of 2 gave Gilmer the lead with 1.8 seconds on the clock.  The Nettes had one final chance for the win but the shot hit the rim and fell short.  Leading the scoring for the Lady Cats was MaryLee Callihan with 19 and Emma Callihan with 14 on the night.  This big region win has Gilmer sitting at 9-1 overall and 3-1 in the region as  LaFayette comes to the Cage on Friday.

The Varsity boys also took the court against Pickens on Tuesday and hoped to topple a region foe.  With the Dragons coming off a devastating 99-34 loss to Lafayette, the Cats caught them 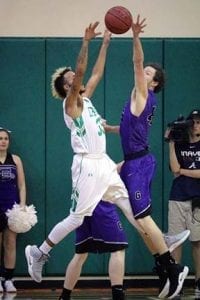 on their heels.  The Gilmer boys were coming in on a hot four-game winning streak with big victories over Heritage, Ridgeland and 2 over the Gordon Central Warriors.  The game played close through the 1st two periods with Gilmer having a one-point edge 15-14 in 1st and a 34-30 lead heading into the intermission.   In the second half, the struggles continued for the Dragons as the Bobcats stretched their lead by outscoring their opponent 22-14 to carry a 56-44 advantage into the fourth and final period.  The fourth period solidified the victory for Gilmer.  The Bobcats defense pressured the Dragons and held them to 7 points while putting up 18 to put the game out of reach.   In the 72-51 region win for Gilmer, Kell Weaver and Tripp Pierce had 18 points each to lead the Cats with David Smith putting 14-points on the board.  At 9-1 overall and 3-1 in region play, the Bobcats will host LaFayette on Friday night at the Cage.