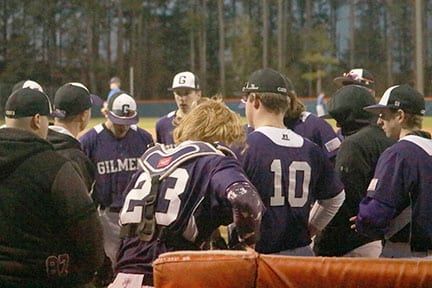 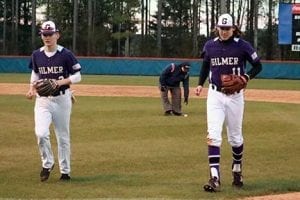 man winter reared his ugly head and brought some cold temps to the ball field.

As both fans and players did their best to stay warm, the struggles at the plate continued for the Cats.  Gilmer compiled 4 hits and 2 runs over 7 innings against the Bruins pitcher.  Going scoreless through 3 innings, Gilmer broke the zero with their first run of the game in the fourth as Austin Daman reached on a 1 out single, moved up to second on a stolen base and advanced to third on an error by Northwest.  Rhodes with a ground out sacrifice pushed Daman across the dish.  The final run for the Cats came in the seventh inning with Daman scoring after a McClure single and an error allowing Bertolini to reach first. 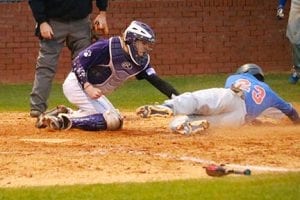 Jonas Griggs got the start for Gilmer.  In the 10-2 loss, Griggs threw 89 pitches allowing 6 runs(5 earned) on 3 hits, 5 walks and 3 K’s in four complete innings.  Taking the mound in relief of Griggs, Jess Buckner tossed 2 innings on 38 pitches.  Buckner allowed 4 runs(3 earned) on 5 hits and 1 walk.  In the 6 innings, the Bobcat hurlers allowed 10 runs on 8 hits and have the Cats sitting at 0-2 in the region.  Gilmer will be looking to salvage the last game of the series on Thursday, March 7th at home as the Bruins come to the Hill.