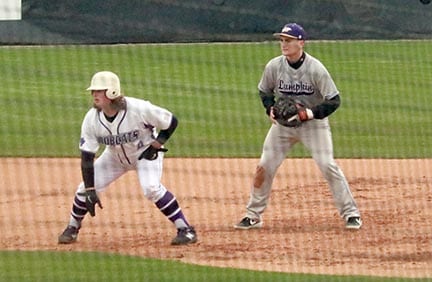 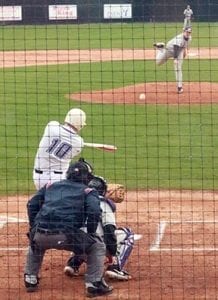 On a very cold Tuesday afternoon the Junior Varsity Bobcats welcomed in the Indians of Lumpkin County to the Hill at Gilmer High School.

In game one of what was originally scheduled to be a doubleheader, the Indians started off the scoring in the top of the first with a base on balls to the leadoff batter followed by a Mincey single. After a hit batsman to load the bases, Lumpkin pushed the first run across the plate on a sacrifice fly by #42 Chris Day.  The Indians added two runs in the third, 2 in the fourth, and 5 in the fifth.  The 10 runs on the board by the visiting team was more than the JV Cats could match in the 10-1 loss at home.

At the plate, the JV Bobcats to get anything going.  In the five-inning game, the Cats struggled to make contact and fell victim to the strikeout.  With 12 total over five innings, the Cats managed just three hits and one run against the Indian pitcher.  Seth Darling crossed the plate for the only Gilmer run in the third after a walk, stolen base, and a single by J. Rhodes.  Rhodes also led all Bobcat hitters going 2 for 3 on the day.  Zach Miller took the loss for Gilmer.  Game two was canceled due to not only the extreme cold temperatures but also a gas line that was fractured by a contractor doing road repairs within the vicinity of the baseball field. 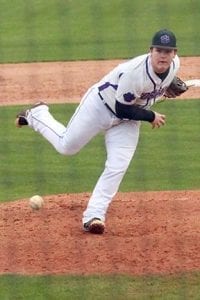