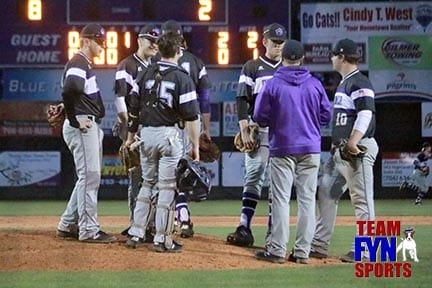 Last Thursday the Gilmer baseball team finally experienced a warmer and dryer afternoon to hit the diamond.  The Northwest Whitfield Bruins came for the final matchup of the 3 game region series.  Falling in the first two, the Bobcats were looking to salvage a win and avoid the sweep.

The Bruins stepped out to an early 1st inning lead with one run off the Gilmer starter in Avery Bertolini.  The quick 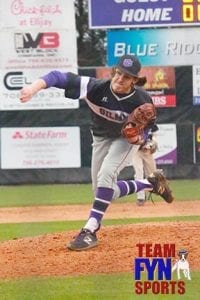 run proved to be all that Northwest would need to secure the region victory and the sweep of the Cats.  Just to be sure a win was in their future, the Bruins added an insurance run in the fifth for a 2-0 lead which would be the final score.  Taking the hill for the Bobcats was Avery Bertolini who pitched good enough to get a victory but it wasn’t meant to happen.  “Bert” went four and two-thirds inning allowing just the two runs on 2 hits, 3 walks and had a strikeout on 81 pitches.  Austin Daman came in as relief throwing two and one-third innings to close out the Bruins.  Daman had another good outing with 4 strikeouts, 1 walk, and no hits on 32 pitches with 21 in the strike zone.

At the plate, the Cats managed just 1 hit off of the Northwest hurler who has committed to 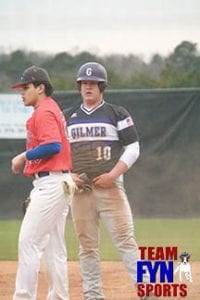 the University of Georgia.  Bearden through 85 pitches, no runs on 1 hit and 10 strikeouts.  Rhodes got the start at 1st base with the absence of Tyler Woody who was sitting out a few games to rest a sore elbow.  Rhodes had the only hit in the game for the Bobcats.  The bats have been a little cool but as the weather warms up so will the Gilmer offense. Saturday’s game with Murray and Monday’s game with Gordon central were both postponed due to the rain and field conditions.  The Gilmer varsity baseball team are scheduled to hit the field again on Wednesday afternoon when they travel to Chattooga for a non-region matchup.  The week of the 18th will see the anticipated rivalry with the Pickens Dragons just south on Hwy 515.  The games on the 19th and the 22nd will be at Gilmer High School with the middle game on the 21st being played at Pickens. 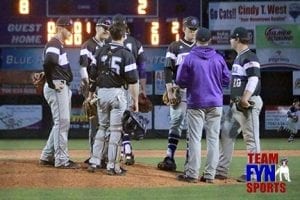