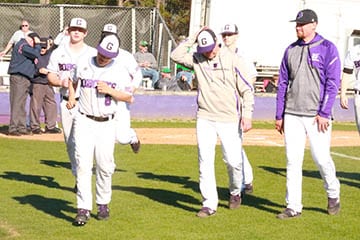 Keeping the rivalry alive on Hwy 515, the Dragons of Pickens came to Ellijay for game one of three of region play against the Gilmer Bobcats. 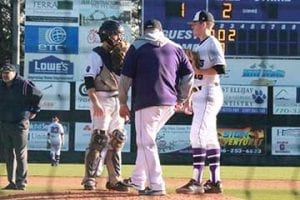 Jonas Griggs started the night on the mound for Gilmer and held off the Dragons as long as he could going four and one-third innings.  Griggs struck out seven Pickens hitters but took a loss with 4 hits and 6 runs to his opponents.  In relief, Austin Daman and Jess Buckner came to hold off another offensive attack by the Dragons.  In Daman’s appearance, he threw one-third of an inning allowing 2 runs on 1 hit, 0 strikeouts, and 2 bases on balls. Buckner in two and one-third innings gave up 2 hits, no runs, and 2 strikeouts.  The pitcher for the Dragons getting the 8-1 victory was C. James allowing just one hit and one run over six innings of 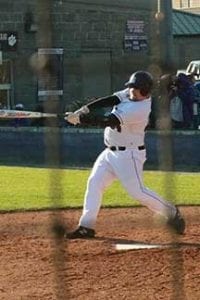 The one hit for the Gilmer Bobcats came off the bat of Tyler Woody and Avery Bertolini pushed across the only Cat run.  Evan Frady and Hunter Bowyer coaxed walks against James.  Offensively for the Dragons, Pacas and Smith each had two hits in the game to lead all batters in the victory over the Bobcats.  Scoring the runs in the 3 run inning was Vreeland, James, and White crossing the dish  In the 5 run fifth, Pickens had 5 hits, 2 walks and a Gilmer error contributing to the big inning.

Same two teams Thursday at the home of the Dragons.