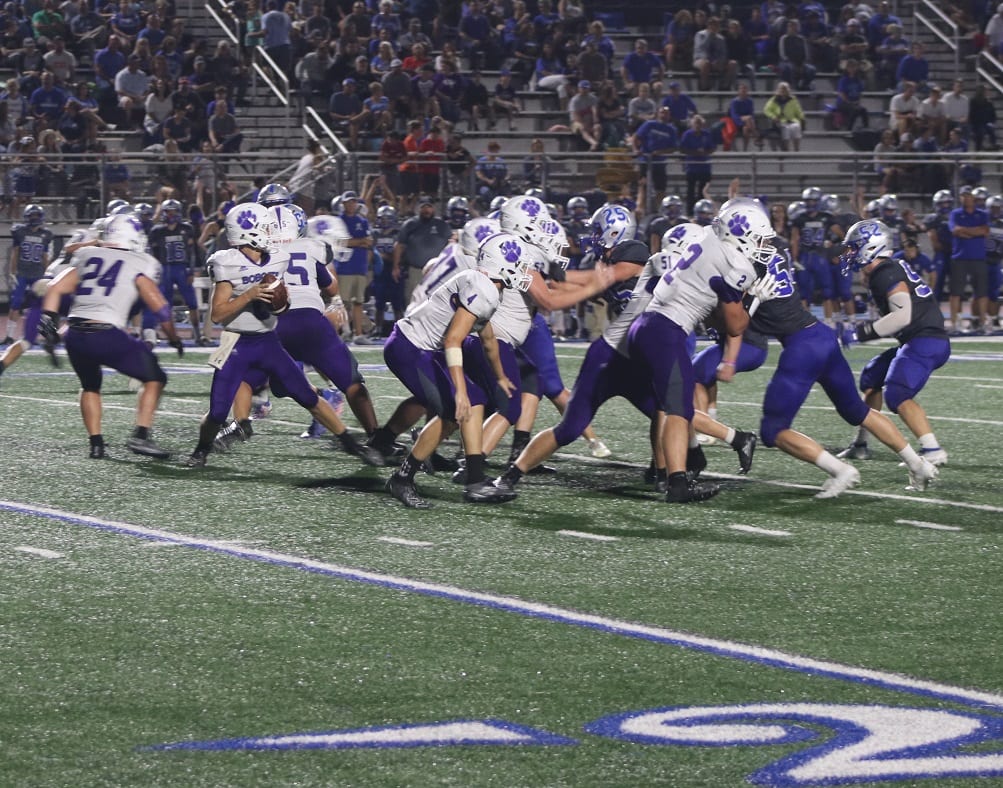 The scoring was early and often for the Fannin Rebels in the first half of the season opener against the visiting rivals from Gilmer. For the new look Gilmer Bobcats, the first game under Head Coach Kevin Saunders unfolded much like the others during their current 31 game losing streak. Fannin moved the ball up and down the field with ease, capitalized on turnovers deep in Gilmer territory, and even caught some lucky breaks that only seem to happen to Gilmer. 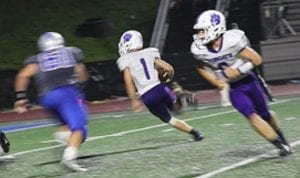 Kobe Stonecipher runs the ball in for Gilmer’s only touchdown of the night.

Gilmer answered Fannin’s opening touchdown with a field goal in the first quarter to make it 7-3. From there, it was all Rebels. Two quick touchdowns on the ground late in the first and early in the second made it 21-3. The following Gilmer drive started with promise, as Ashton White broke through the defense on a carry of nearly 30 yards. It would be short lived. Gilmer would be stripped of the ball, only to force a second fumble of the Fannin defender. Unfortunately for the Bobcats, Fannin Safety Cohutta Hyde picked up the second loose ball at midfield and returned it all the way for another Fannin touchdown. The failed two point conversion attempt left the score at 27-3.

From there, the Rebels combined stifling defense with a mix of running and passing on offense to tack on two more touchdowns before the conclusion of the first half — highlighted by a long pass from QB Luke Holloway to TE Jalen Ingram.

A running clock in the second half sped up the inevitable result. The Gilmer defense seemed to settle in a bit more, allowing zero second half points. The lone touchdown for Gilmer happened in the waning moments of the game when Kobe Stonecipher punched it in from the 4 yard line. Final score: Fannin 41 Gilmer 9.

The Bobcats look to rebound next week in their home opener against Towns County. Towns lost their opener to Hayesville 35-0.