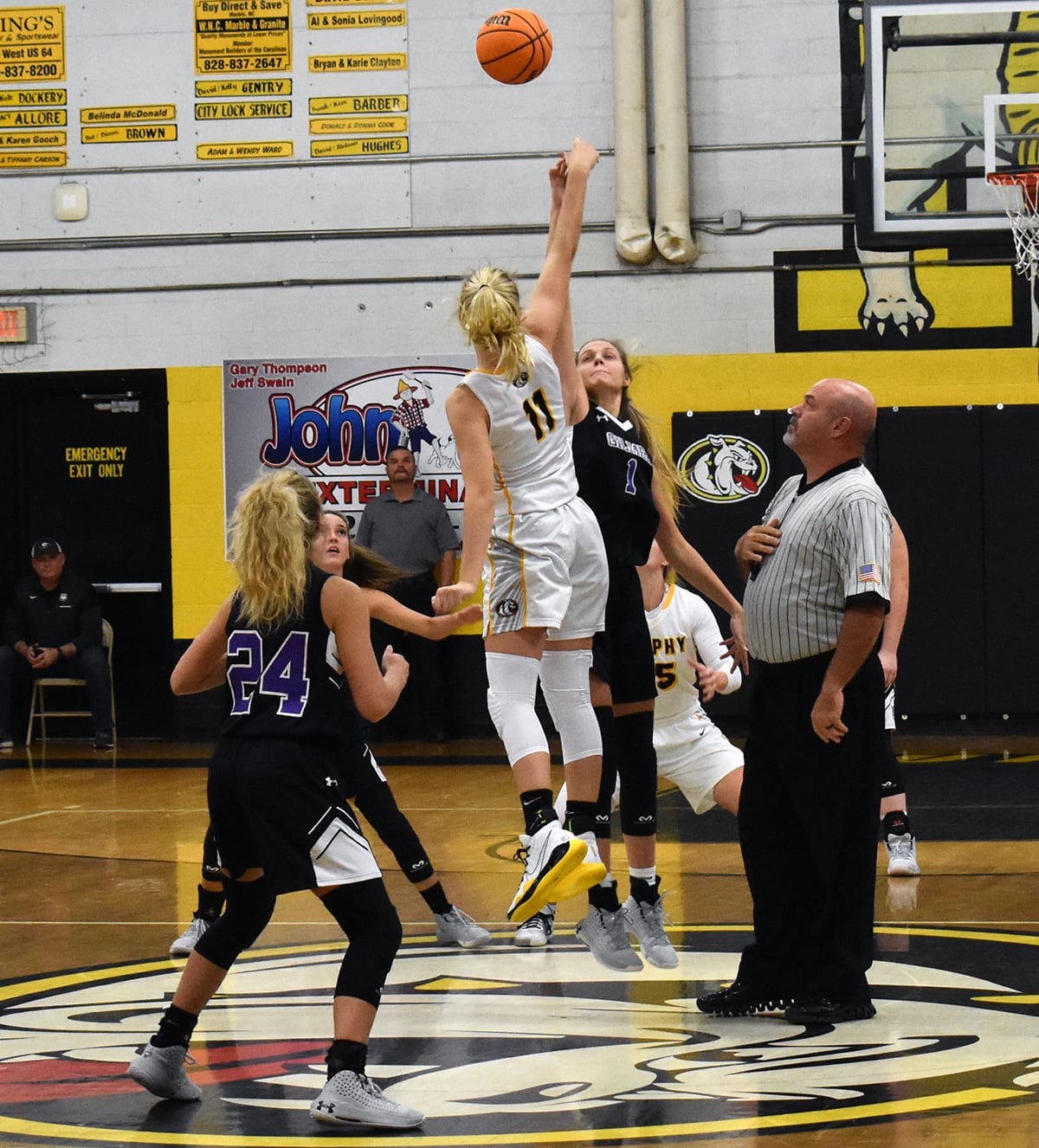 The Gilmer girls basketball team saw an eight-point lead evaporate in the fourth quarter in a narrow, 61-59 loss at Murphy on Thursday, Dec. 5. The game was the home and season opener for Murphy, but the Lady Cats threatened to spoil that all night long.

Despite leading for the majority of the second half, the Lady Cats (4-2, 1-0 Region 6-4A) couldn’t withstand a furious comeback from the Lady Bulldogs (1-0) in the final frame. 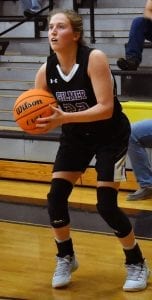 Senior Bailey Teague lines up the shot before drilling the 3-pointer against Murphy on Tuesday night.

Senior point guard Bailey Teague scored a game-high 21 points in the loss, including scoring 11 of the team’s 17 first-quarter points.

Gilmer took the early 9-2 lead in the first, but Murphy evened the score at 17 each heading into the second quarter.

The Lady Cats managed just 10 points in the second quarter, including four from Teague, while Murphy managed to put up 11 and take the 28-27 lead into halftime.

Led by six points from junior Emma Callihan, Gilmer exploded for 19 in the third quarter to take a 46-40 lead with a quarter to play.

Sophomore Elly Callihan scored six in the final frame, while junior Hope Colwell added five. The Lady Cats led by as many as eight in the fourth, but the Lady Bulldogs came storming back with less than four minutes to play to earn the two-point win in their season opener. 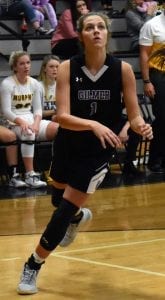 Sophomore Elly Callihan moves in for a rebound against Murphy on Thursday night.

Elly Callihan finished with 13 points, while Colwell, Emma Callihan, and senior Jalynn Ledford each scored eight in the loss.

Junior Jasmine Staley added a made free throw in the second quarter to round out the scoring for the Lady Cats.

Gilmer has the weekend off and next plays Heritage for a Region 6-4A game Tuesday, Dec. 10, in Ellijay. That game is set to begin at 6 p.m.

After that, the team goes on the road to visit region-foe Ridgeland on Friday, Dec. 13, with a tip-off time slated for 7 p.m.