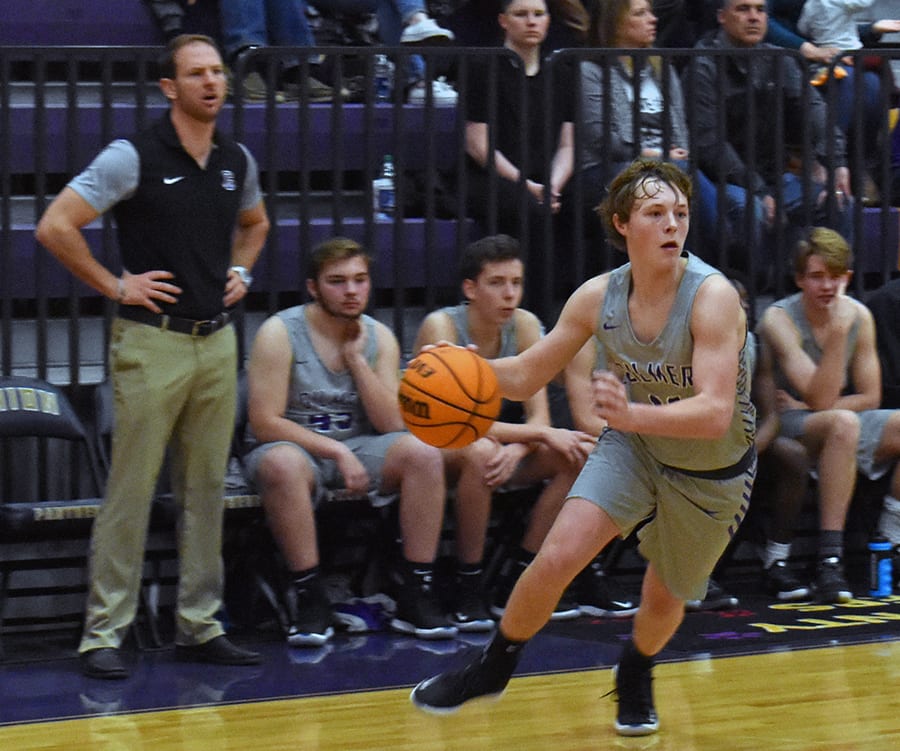 Sophomore Cade Carter goes up for two points in recent action for the Bobcats. Carter scored 16 points in a win last week.

The first quarter was close and ended with a score of 10-9. Gilmer made some free throws in the second quarter and Brady Sanford hit two clutch 3-pointers to help get the offense going. With some good rebounding and defensive play, the Bobcats were able to pull away and end the first half leading 31-19.

The second half was more of the same for Gilmer. They never allowed the Raiders to get good shots and the defense was dominant in the paint. Sanford stayed hot from the perimeter and Southeast Whitfield could not find a way to get it close.
With the game getting out of reach in the fourth quarter, Coach Jordan Hice was able to play many of his younger players who hadn’t gotten much playing time thus far in the season.
Brady Sanford was the leading scorer for Gilmer with 20 points. Cade Carter scored 16 points. Lewis Mulkey had 10 points. Luke Wimpey and Gavin Burger each added five points.
Coach Jordan Hice said after the game, “We got a good lead in the first half, 12 points, and we talked about a few things during halftime that we were messing up, like ball hand off. The main thing for us was to come back and extend the lead in the second half. This was the first time that we’ve been able to extend the lead like we’ve wanted to. We’ve usually been the team to let them come back on us. “
On Brady Sanford: “When he’s hitting from outside, our whole game changes. Because the opposing team has got to spread out, that gives us good driving gaps. When Brady is hitting shots and we’re driving and moving the ball, it’s usually a good game for us.”
On the blowout win: “It’s always good for experience. In the fourth quarter, we were able to play some guys that don’t normally get to play.”
On the next game against Heritage: “It was a big loss for us the last time we played them. They’re very well rounded defensively and they also shot the ball well last time. We had a horrible shooting night, so hopefully we can score a little bit, play much better defense, keep it close, and put ourselves in a position to win the game.”
Gilmer now has an overall record of 7-7 (3-4 Region 6-4A). Southeast Whitfield falls to 0-18 overall and 0-7 in the region
The Bobcats take the court again Tuesday, Jan. 14, against Heritage in Ringgold. That game tips off at 7:30 p.m.
basketball bobcats gilmer