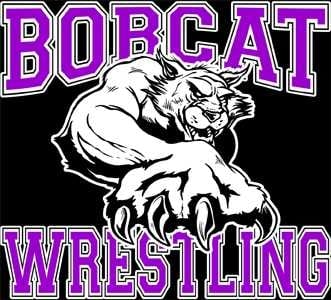 With the Region 6-4A traditional tournament set to kick off at 9 a.m. tomorrow, Feb. 1, at Pickens High in Jasper, the Gilmer wrestling team comes in as the favorite in most weight classes. 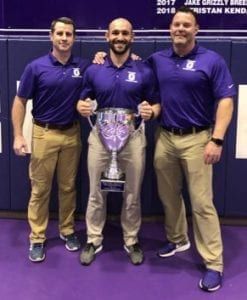 Head coach Josh Ghobadpoor is in his third year at the helm of the traditional wrestling powerhouse Bobcats, who have been in the state dual finals for 11-straight seasons, losing this year to Woodward.

As a dual unit, the Bobcats went 26-3 on the season, with losses to Class 5A Woodland, Class 6A Cleveland from Tennessee, and the state finals loss to Woodward.

At 106 pounds, senior Gustavo Morales goes into the region tournament as the No. 1 seed in his weight class.

At 113 pounds, No. 2-seed Walter Lopez is coming off a state qualifier appearance in 2019.

At 120 pounds, senior Lucas Lopez is the No. 1 seed and Ghobadpoor said he is an “outstanding” wrestling and one of the captains of the squad. The coach also said Lopez has been contacted by collegiate wrestling programs.

At 126 pounds, sophomore Miguel Jaciento is the third seed. Ghobadpoor said the weight class is “one of the two toughest in the region.”

At 132 pounds, Brock Sumner, a senior, is the top seed and looks to be in position to qualify for the state tournament, according to Ghobadpoor.

The 2019-20 Gilmer Bobcats wrestling program finished as the Class 4A runners up at the state dual tournament.

At 138 pounds, Diego Jaciento, just a freshman, is the top seed. He is coming off finishing as the runner up in the kids state championship last season as an eighth grader.

At 145 pounds, Hunter Brown is the fifth seed in just his freshman year. Ghobadpoor described Brown as “tough” and capable of pulling an upset to move on to the sectionals next week.

At 152 pounds, sophomore Domingo Escobar goes into the tournament as the No. 6 seed. Ghobadpoor said he will “battle. He’s a fighter and a hard worker.”

At 160 pounds, junior and top see Abel Jaciento is looking to get back to the sectionals, where he has qualified to reach in the past. Ghobadpoor said Jaciento is 29-8 on the season and has already defeated the 2019 state champion in the weight class.

At 170 pounds is the top seeded senior Caleb Waddell, who is the defending Class 4A state champion in the weight class. Waddell has offers already on the table from some top Division-I programs and should be able to earn his ticket back to the state tournament.

At 182 pounds, Mike Owens, a senior, is the second seed heading into the region tournament.

At 195 pounds, Dillon Galloway, a sophomore, is the No. 2 seed in what Ghobadpoor said is “probably the toughest weight class in the region.”

At 220 pounds, Samuel Tercero is the top seed as a junior. “He’s a really tough kid. He’s already beaten the other seeded wrestlers in the bracket this season,” Ghobadpoor said. Tercero missed the state tournament by just one match last season.

At 285, Jacob Cruz, a sophomore, is the No. 2 seed. He went 4-0 in the state dual finals. “He’s got a different style than most heavyweights. He likes to move around,” Ghobadpoor said.

The top four finishers in each weight class at the Region 6-4A tournament will move on to sectionals.

The sectional tournament is scheduled for Friday and Saturday, Feb. 7-8, at Lanier High in Buford.

There are two sectional tournaments covering the entire state. The top eight finishers from each sectional move on to the state tournament, where a 16-member bracket decides the state champion.

The state traditional wrestling championships are scheduled for Feb. 13-15 at the Macon Centreplex in Macon.