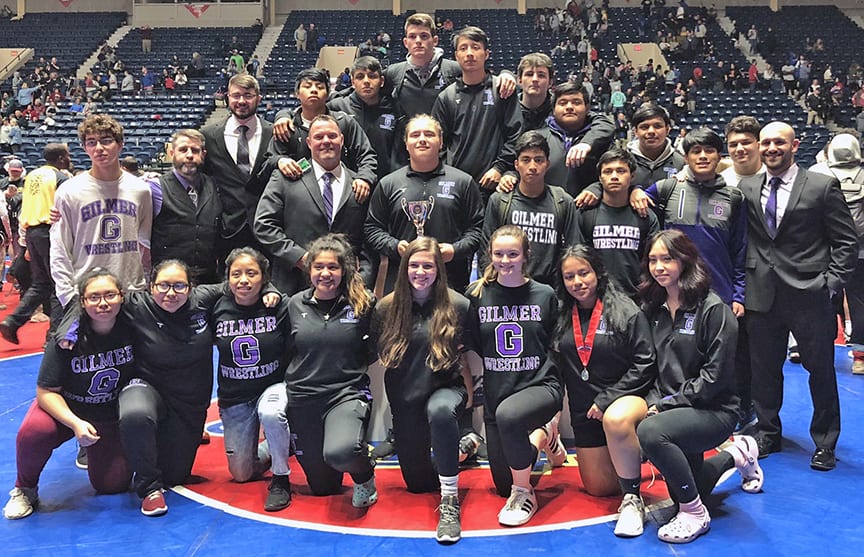 As a team, the Bobcats had 10 of 11 boys and two of seven girls finish as state placers. As a whole, Gilmer placed second as a team in Class 4A with 151.5 points, just shy of team-champion Woodward Academy’s 177 points.

On the girls side, Francisa Lopez placed second at 162 pounds after earning a spot in the finals with a pin at 3:35 in the semifinals.

Two boys and one girl placed fourth for the Bobcats: Karina Montoya-Gonzalez at 152 pounds, sophomore Dylan Galloway at 195 pounds, and sophomore Jacob Cruz at 285 pounds.

Rounding out the state placers for Gilmer were sophomore Miguel Jacinto at 126 pounds and junior Abel Jacinto at 160 pounds. Both wrestlers came in sixth in their respective weight classes.

The state tournament brings to an end a very successful wrestling season for the Gilmer Bobcats.