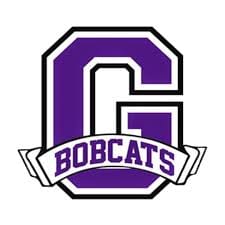 The Gilmer Bobcats baseball team dropped the first Region 6-4A game of the season Thursday, March 5, with a 4-2 loss to Northwest Whitfield in Tunnel Hill.

Gilmer struck first in the game, taking a 1-0 lead in the top of the first inning.

With one out in the inning, Jess Buckner drew a walk on four pitches. Junior Spencer Smith came on as a courtesy runner for Buckner and then advanced to second base on a walk by junior Gabe Wolfson.

Another walk, this one drawn by sophomore Branson Teague, pushed Smith to third base, before senior Tyler Wright was hit by a pitch, allowing Smith to score and the Bobcats to take the early lead.

Gilmer failed to capitalize on bases loaded with two outs though, and left three men stranded to end the inning. In total, the Bobcats left six men on base in the game.

After Northwest Whitfield plated a run in the bottom of the first to tie the game at 1-1, the Bobcats answered in the top of the second to take a 2-1 lead.

After senior Sam Davis was able to reach first and second base on back-to-back errors with no outs, he was able to score on a Buckner fly-ball single to centerfield to give the Bobcats back the lead.

Gilmer was held scoreless the rest of the way as the Bruins plated a run in the bottom of the third, fifth, and sixth to end up with the 4-2 win.

Buckner and sophomore Spencer Merritt were the only Bobcats to get a hit in the game, with Buckner and Wright tallying the only RBIs.

On the mound, Buckner threw all six innings, giving up eight hits, three earned runs, and three walks, while striking out four in the loss.

The two teams will face off again Friday, March 6, as the Bobcats welcome the Bruins to Ellijay for a doubleheader beginning at 5:30 p.m.