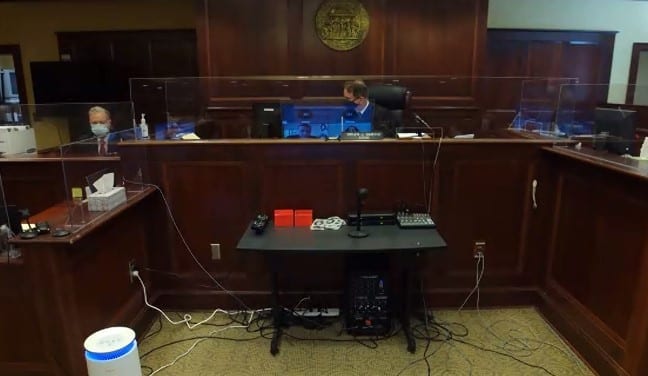 Amero didn’t issue a ruling on Monday citing a need for more time to consider the motions. He needs to decide who is the responsible party for the lawsuit. VoterGa.org and plaintiff Garland Favorito believes it will take Amero a couple of weeks to decide how to move forward.

On January 1, a new law went into effect concerning sovereign immunity, which deals with the question of “who to sue.” The new amendment made it easier to sue individuals and groups in their official capacity.

Fulton County attorneys argued since the alleged incident took place before January 1, the case should be thrown out.

Previously, the judge ordered the unsealing of the ballots in Fulton County but halted the process when the motion to dismiss was filed. The order is still valid.  Favorito expects the audit to go forward in August.

The Clerk of Court currently has custody of the ballots and Amero has informed Fulton County Sheriff’s Office that they’re responsible for ballot security. Some Henry County deputies are also involved in security measures. The warehouse is controlled by the Fulton County Board of Elections.

The complaint suit was adjusted by the plaintiffs to address the management of future elections.

Georgia election officials have continually denied any massive fraud in the state. Three separate recounts were conducted. The Secretary of State’s Office is in the middle of investigating over 100 election fraud cases.