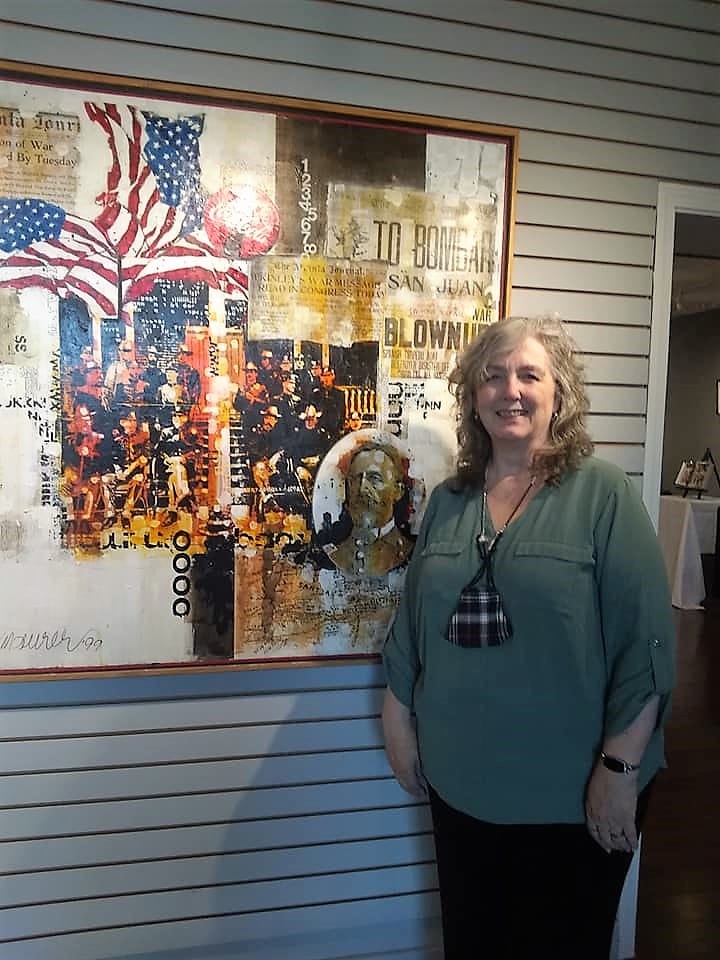 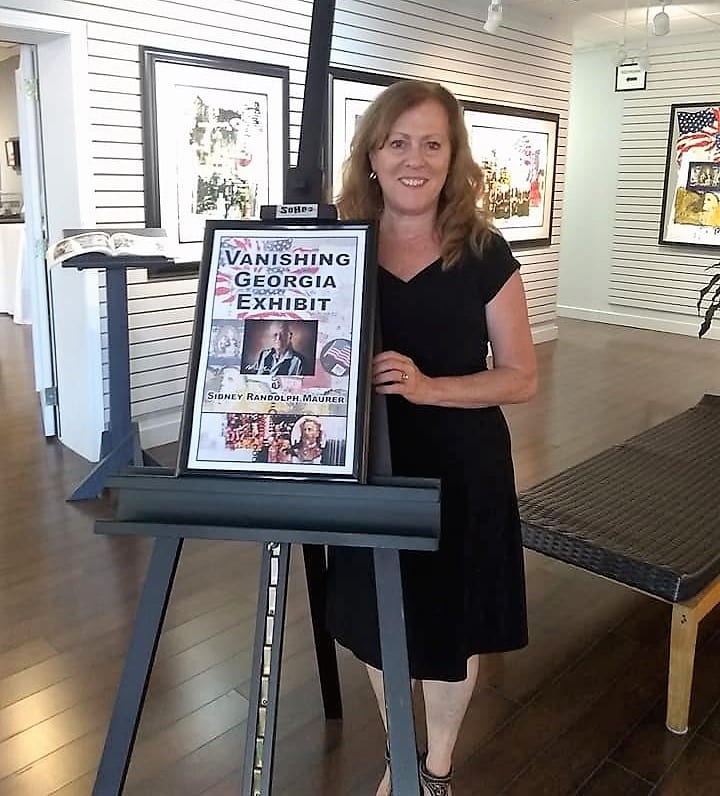 Claudia stands next to her father’s art description

Just one of the many sculpture book pieces created by Ted Wray. 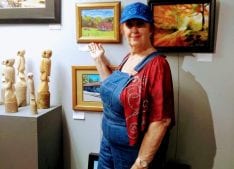 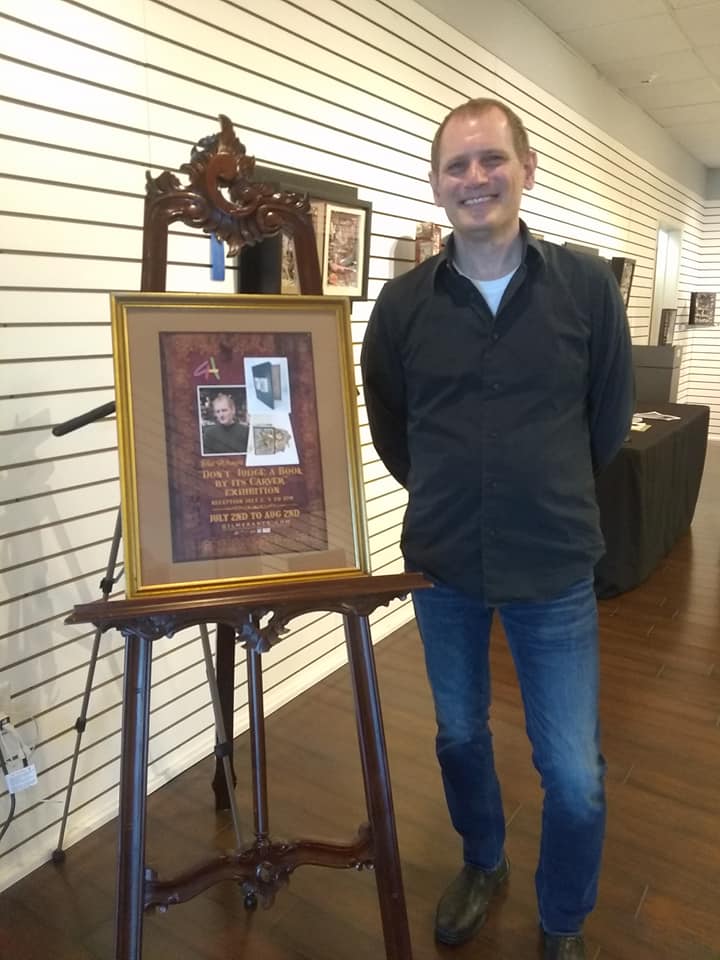 This past weekend the Gilmer Arts Gallery hosted an exhibit featuring two local artists. The ‘Vanishing George Exhibit’, a creative collection of the now deceased artist Sidney Randolf Maurer, which displayed some of his very unique montage paintings. Many of his paintings were based on “Vanishing Georgia” collection, a unique representation of his own impressions of historical Georgia in the very early years. His daughter Claudia Bradford, an artist and musician in her own right, collected and brought the art to the gallery to share with the visitors during the art exhibit. She explained that her father who first began as album designer for Columbia Records in the early 1960‘s designed such album covers for the Beatles and the Rolling Stones. Mauer also worked with other great personalities such as Andy Warhol at the time. Mr. Maurer would later be drafted and became a war hero and veteran from the army. After completing his duty he continued to work with the recording business for Decca Records photographing for their cover records. His work reflects his own style of idealism and art unique to many others.
Also celebrated and showcased at the art exhibit was a gentleman from Tampa Bay, Fl who decided to change professions and became a very talented artist in his own right. After leaving a successful career as a musician he moved here to Georgia where he began rescuing books from a recycle bin to create a very unique form of art. Ted Wray who’s showcased exhibition was creatively coined as “Don’t Judge a Book By it’s Cover” was showcased by an elaborate display of books that were carefully sculptured. Using no more then a sharp blade he meticulously sculpted some of the most unique and beautiful works of art that literally took up to 30 hours to complete just one book excavation. While Wray admits he did not invent the book excavation as an art form he did add his own unique twist of beautiful artistry to his work.

I also had the privilege of meeting another new local artist here who also had a couple of her paintings on display in the gallery’s gift shop. Sheila Carey, another recent transplant from Florida, who loved to paint local landscapes and wildlife also volunteers at the Art Center in her spare time. Gilmer Arts Center is located at 207 Dalton Street in Ellijay and holds a monthly exhibit. Pam Burns, Executive Director, explains that the center is also responsible for the local theatre where many plays and musical entertainment can be found. They are also responsible for planning and coordinating most of the local downtown events that are held such as the 4th of July parade and fireworks. To learn more about the art center and its upcoming art classes and art exhibits visit their website at GilmerArts.com