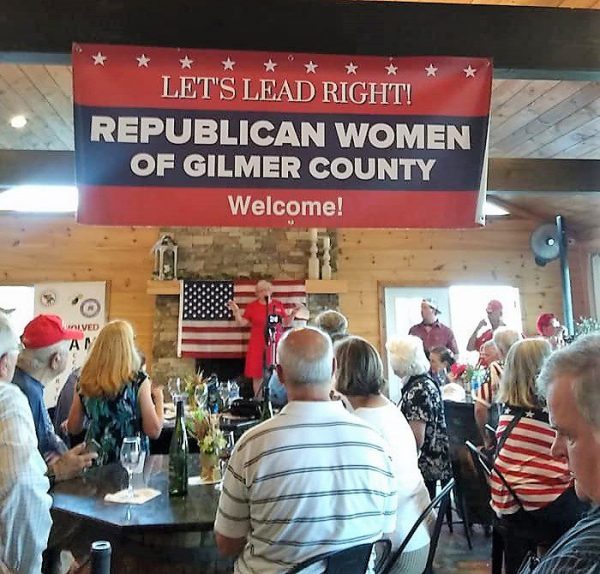 On Tuesday August 10th, The Republican Women of Gilmer County held a special event and invited various Republican politicians the opportunity to speak. The meeting was organized by President of the group Sally Forest and was held at the Ott Farms and Vineyard.

The event “Let’s Lead Right” spotlighted several local and statewide dignitaries. The event was open to women and spouses to get acquainted with the Republican Women’s group. There was an overwhelming response from people all over the county to attend and the event had to be closed due to a full capacity of registrants. Approximately a hundred people attended the event, many had to stand in the rear of the meeting room. The speakers included Marjorie Taylor Greene, Congresswoman for Georgia 14th district, Suzi Voyles, candidate for 6th congressional district, Jeanne Seaver, candidate for Lt. Governor, Vivian Childs, candidate for 2nd congressional district, and Marci McCarthy, Chairwoman for DeKalb County Republican Party. 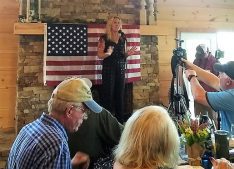 Congresswoman Marjorie Taylor Greene was first to address the crowd with a powerful speech urging the attendees to contact their state legislature and Congress in reference to the upcoming “Green New Bill” bill. Part of the bill focuses on the necessity of electric cars over gasoline-powered vehicles.  Greene stated it was backed by China and if passed could take effect as early as 2030.

She also talked about her insistence in Congress to perpetuate fair vote counting from all elected representatives and not just a handful. She reinforced that she was working very hard for fairness and to strengthen the Republican Party’s effect.

Suzi Voyles, with the Fulton County Election board and candidate for the 6th congressional district, gave a powerful speech on her experience with the past Presidential Election and the investigations.  She stated at least four illegal votes accepted in Ellijay and that out of 800 ballots cast in her district only 40 for Trump. The circumstance had never happened before. She added that an investigation was opened on her when she brought forward the facts of the presidential vote. 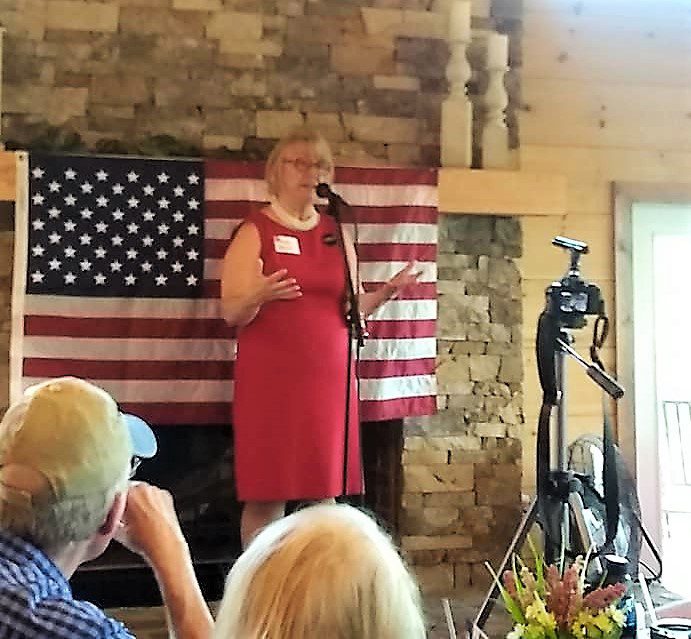 She explained that many times she was asked to recant her testimony. She quoted before leaving the podium “That Washington may not change me but I’m sure going to change Washington!” Another powerful speaker at the Republican Women’s event was Vivian Childs, candidate for 2nd Congressional District. Vivian is a powerful motivational speaker, a minister, and a published writer of such work as her poem “I am an American” which she recited to the visitors at the meeting.

Some light refreshments were served and wine could be purchased at the event as well. After the meeting many of the dignitaries talked with the people who attended and had many photographs taken with them. 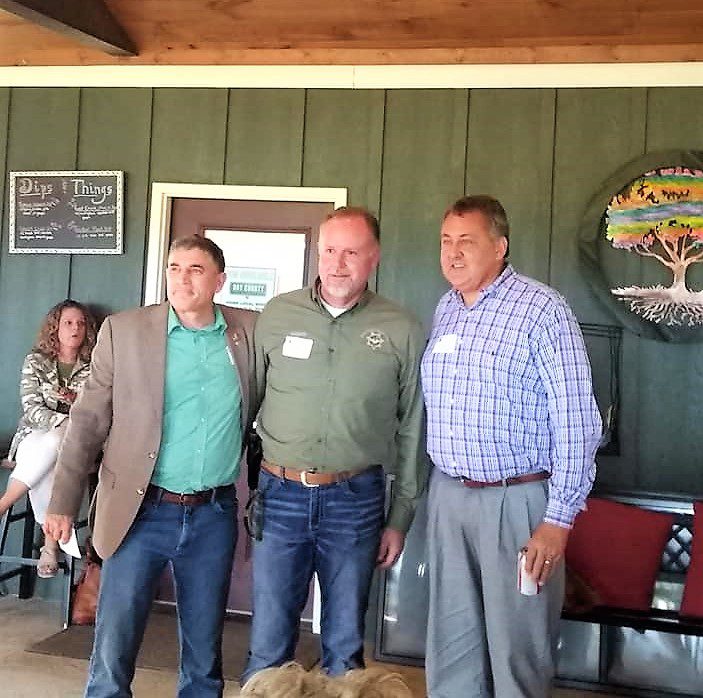