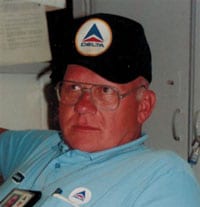 Mr. Payne was born October 24, 1940 in Newton, Mississippi to his late parents Howell R. and Louise Walker Payne. He was a graduate of Gilmer High School, Class of 1958, worked for Delta Airlines as a supervisor, and served honorably in the United States Navy. Maxie was a member of the Hope Lutheran Church and of the Chattahoochee Hunting Club.

He is survived by his wife of 52 years, Barbara Beck Payne of the home in Ellijay, GA; Sons and daughter-in-law, Michael Payne of Lula, GA and Jason and Amy Payne of Acworth, GA; Granddaughters, Jadyn, Sydney and Presley Payne; Brother and sister-in-law, Karl and Lorraine Payne of Ellijay, GA; several nieces and nephews also survive.

The family will receive friends from 12 noon until the service hour at 1pm at the Hope Lutheran Church on Thursday, September 1st, 2016.

Flowers are acceptable or memorial contributions be made to the Hope Lutheran Church, 3595 Old Highway 5 South, Ellijay, GA 30540 in memory of Mr. Payne.