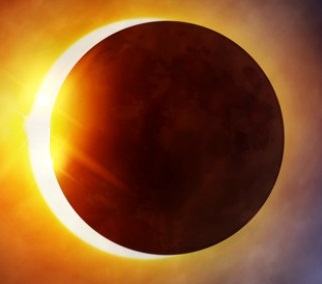 ELLIJAY, GA – Following a trend that seems to be crossing most of North Georgia, Gilmer County Schools have reported that they will close on Monday, August 21, 2017.

In a release from Superintendent Dr. Shanna Wilkes, safety concerns were partial reasoning for the cancellation as the peak of the event is set to occur just before the normal parent pick-up times for Ellijay Primary and Clear Creek Middle school causing darker conditions in the high traffic area and time. Another concern of the School System is the congestion on roads as North Georgia could expect hundreds of thousands of visitors and travelers.

Some counties, such as Georgia’s Towns County, are expecting 30,000 to 50,000 visitors alone. Venues are also selling out quickly for the even. Brasstown Bald has already sold all 450 tickets it made available for viewing.

The increased traffic of those who may be traveling to Gilmer or even through Gilmer could increase congestion making a later release unfeasible for the school system.

Dr. Wilkes also reports that the schools are siezing the opportunity for education as they will be spending class time lecturing about the solar event, safety, and proper care during the eclipse including a pair of “pair of NASA approved viewing glasses as they depart school on Friday afternoon prior to the eclipse.”

See the full release below and find a link for more information of the Eclipse and North Georgia’s place in the “totality.”

Due to safety concerns, Gilmer County Schools will close all schools on August 21, 2017 for students and 190-day (or less) personnel.

This date coincides with the first total solar eclipse to occur across the entire continental United States in 99 years. A solar eclipse occurs when the moon passes directly in front of the sun, and casts its shadow on the Earth below. The event will begin at approximately 1:00pm with the sky becoming darker until approximately 2:36pm when the eclipse reaches “totality” just to our north and the sky begins to lighten again. Gilmer County falls in a region expected to experience a 99% eclipse.

The darkest time of this event is occurring just minutes before we would normally begin parent pick-up for Ellijay Primary and Clear Creek Middle school. This means students would be moving about in crowded loading areas and parking lots in much darker than normal conditions. According to EMA officials, large crowds are expected on our roadways as viewers attempt to make their way to and from the total eclipse area just to our north where several festivals are planned to celebrate the event. Delaying parent pick-up would cause remaining parent pick-up times and school dismissals to be late thus placing student drivers, buses, and parents in greater congestion.

To capitalize on this incredible learning opportunity, our schools will be educating our students on the science of this event. Safety will be emphasized, including the dangers of looking at the sun at any time, even during the apex of the eclipse without the use of special safety glasses or other approved means; doing so is likely to result in permanent eye damage. Each student will receive a pair of NASA approved viewing glasses as they depart school on Friday afternoon prior to the eclipse.

The safety of our students is always our number one priority. By closing the schools we ensure the safety of our precious students, as well as the many GCCSS employees. I hope that you and your children are able to spend quality time together experiencing this once-in-a-lifetime event in an enjoyable and safe manner at home. Please visit https://eclipse2017.nasa.gov/ to learn more about the solar eclipse safety.