CHERRY LOG, GA – New details have arisen from the dog attack on Goose Island Road that resulted in the death of 61-year-old Kathy Sue Nichelson.

FYN has received the official incident report for both the response to the original dog attack and the arrest of Dante Holloway.

According to Sergeant Jason Newman, he arrived on scene at roughly 1:10 P.M. In his report, he states Nichelson was still breathing shallow and coherent. After Emergency Personnel arrived, Newman reports it was as he was watching out for the dog that they decided to contact the Coroner.

Later in the report, Newman states that Sergeant Blue Patterson was the officer forced to fire upon the dog as he came out from under the porch and began moving towards the him. Witness interviews confirmed in the report the dog had attacked a second victim, Morgan Fountain, who was bitten on the face.

When Dante Holloway was arrested during the investigations, an incident report from Deputy Austin McArthur stated he and another deputy, J. Holcombe, initiated a traffic stop with Holloway to issue warrants for his arrest. However, the report also states they found a bag with white residue which tested positive for methamphetamine. 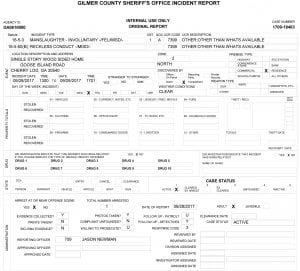 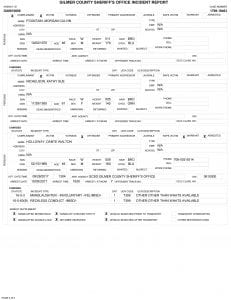 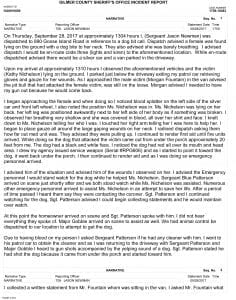 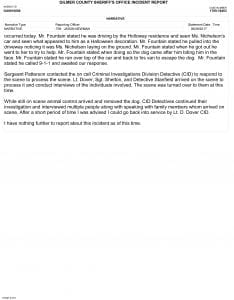 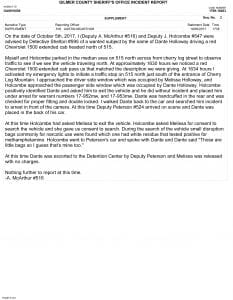