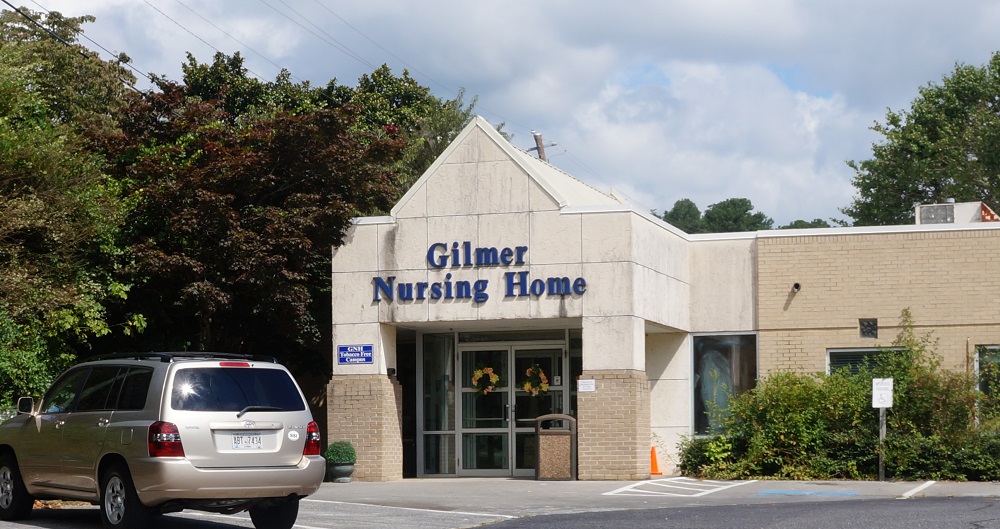 While the renovations are still ongoing, Gilmer Nursing Home Representative Hannah Towns told FYN that they could optimistically be looking at a first quarter 2018 finish date. However, Parkside Health Services will be more than just a name change as the facility is beginning to expand into parts of the old North Georgia Medical Center and adding services like outpatient and short-term rehabilitation as well as an adult daycare center. 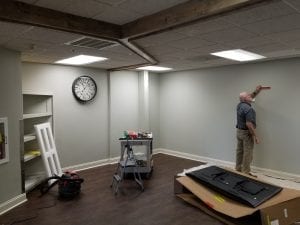 Renovations are continuing to improve the old operations area to a new adult daycare center.

SunLink Health Systems, owner of the facility, had previously begun changes with small improvements such as adding televisions to every room, but additional changes will also see the opportunity for couples rooms for those who wish to stay together. These steps will not remove the possibility for private and semi-private (one roommate) rooms but is a step toward expanding the facility’s options. Expanding into and updating old office space in the hospital will allow administration to have their own area and another access from the opposite side of the facility, near the Emergency Department entrance, for the daycare center.

Towns also stated the name change could allow for further expansion of programs later, though no plans have been made. Adult daycare would follow the same admissions process as the nursing home. However, once completed, patients could readily spend days at the center with a check-in/check-out procedure. Activities coordination and day rooms will provide everything from community interaction, TV rooms, games and more as volunteers and staff are made available. 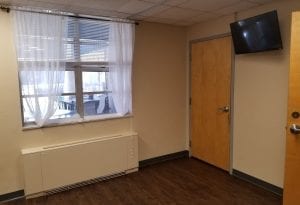 New renovations are adding extra to individual rooms in addition to administration offices.

The short-term rehabilitation expands services available for those recovering from surgery or injury who may not need a hospital but are not well enough to be home alone. Short-term, according to Towns, will be available for those in need of any age. However, not to be confused with hospital care, there are several things that the short-term care could not provide that a hospital could.

More for recovery, short-term care will have a rehabilitation focus to get patients to the point where they can return home without re-admittance to a hospital. Along those lines, short-term and outpatient care is set to expand the already advanced therapy available in the center. Gilmer Nursing Home already hosts experts in physical, occupational, and speech and recognition therapy. Renovations will be providing a newer gym area for those recovering, rehabilitating and returning home.

As opposed to short-term care patients attending therapy every day, outpatient rehab may visit the center two to three times a week. Expansion of services and renovations will provide a larger case load, but Towns said their current therapy team are prepared for the changes. The therapy team already has two on staff with previous experience in outpatient therapy and boasts certifications that will be utilized in outpatient care. One of the new changes they hope to make use of is a full “home area” so that people in short-term care can practice everything from cooking in a kitchen, navigating areas and cabinets, getting in and out of bed, and even simple things like getting dressed. 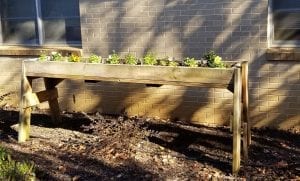 Even the enclosed outdoor area has seen landscaping improvements like this wheelchair accessible garden.

The area also will be utilized for cross therapy, a key thing that the therapy staff said allows for better care. With so few others offering occupational therapy, having all three (physical therapy, occupational and speech) allows for conjoined efforts in the area to simultaneously recondition people. One example given suggested one therapist may work on the occupational idea of dressing oneself in the morning while a second therapist would reinforce the conditioning of cognition, putting the steps in order and recalling the steps.

While much of this may seem simple daily tasks for most people, the therapy staff said people recovering from surgeries like knee replacements, or something physically altering, requires a retraining as patients get used to differences or changes necessary in recovery. Though Towns did confirm additional staff and volunteers will be necessary, no details are available as to a specific number of additional staff that will be added.

Towns stated the renovations are an excellent expansion opportunity for the county as the new Parkside Health Services will continue the same services as Gilmer Nursing Home. She also hopes to continue to grow the community interactions aspect of the programs. Patients already look forward to outings planned, such as going to the theater to watch movies, visiting the fair, and even in-house events like the upcoming Children’s Christmas Art Show and Family Holiday Dinner in December.

Drawing nearer to 2018, the renovations continue the facility’s transition to becoming Parkside Health Services. As the changes reach final stages, stay with FYN for updates and details as they become available.