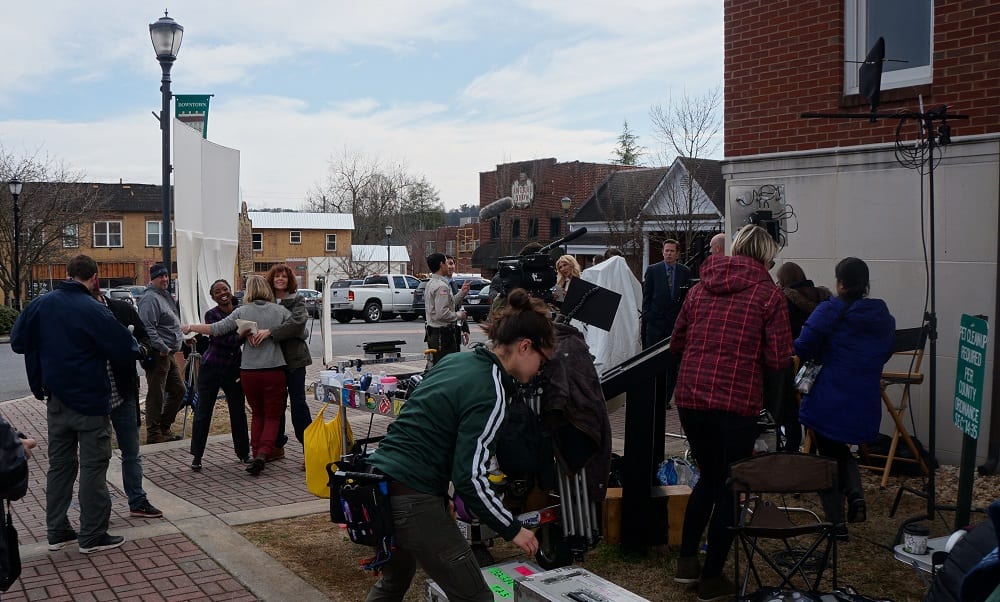 ELLIJAY, Ga. – Residents in Gilmer County are seeing film crews traveling throughout the town this week as an independent film Through the Glass Darkly films on location.

Directed by Lauren Fash, the film will follow a kidnapping crime and an unlikely duo’s attempt to solve it. According to Variety Magazine, the movie is set in 1997 in a small town in Georgia, with Robyn Lively portraying a 43-year-old woman named Charlie, who has recently been diagnosed with Alzheimer’s disease. When the granddaughter of the town’s matriarch goes missing, paranoia shakes the core of this sleepy community, reviving old ghosts and long-buried secrets.

Shameless star Shanola Hampton will star alongside Lively, from Teen Witch, in this psychological thriller that will reportedly be filming at locations in both Pickens and Gilmer counties.