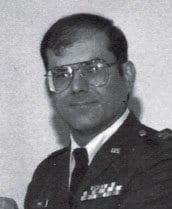 Mr. Bruce Michael Kinney, age 63 of Augusta passed away on June 30th, 2018. Mr. Kinney was born on July,16th, 1954 in Augusta, Georgia to his late parents Virginia Mullis Kinney and Clifton Maurice Kinney. After graduating from Fremont High School in 1972, he served his country honorably in the United States Army, Fort Gordon and Ansbach, Germany from 1972-1975. He then received a BBA degree in Management and Accounting from Valdosta State University. Bruce was also a Captain of the United States Air Force, Assistant Deputy Program Manager for Logistics; Program Captain Manager Acquisitions Logistics; Missile Launch Commander Minuteman III ICBM-Minot, ND, and business/financial Manager for TRW. He is preceded in death by his parents, Clifton and Virginia Kinney, and brother, George Allen Kinney.

A Memorial Mass will be held at 5:00pm on Thursday, July 5th, 2018 from the Good Samaritan Catholic Church in Ellijay. Family will greet friends from 4:00pm until the service hour at 5:00pm in the Parrish Hall at the Good Samaritan Catholic Church. A military graveside service will take place at 1:00pm on Friday, July 6th,2018 in the Sunset Hills Cemetery in Valdosta, GA with military rites being performed by the United States Air Force.