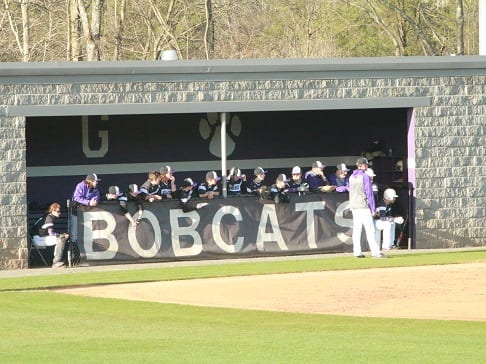 Monday, being the first weekday without significant rain, allowed the Bobcats took the field for the first time in a 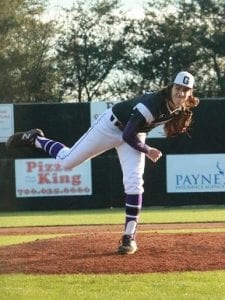 week.  The Gordon Central Warriors came t0 the Hill for a non-region matchup with the Bobcats.

Taking the mound to start the game for the Gilmer Bobcats was Avery Bertolini. Avery took control early and began the onslaught of scoreless innings as he sat down the Warriors through four full innings.  It wasn’t until the top of the fifth that his opponents were able to scratch the scoreboard with a run.  Bertolini completed four and one-third innings with 82 pitches and 8 strikeouts, 1 hit and 1 unearned run.  Jonas Griggs came in as relief for one and two-thirds of scoreless ball with 5 strikeouts.  Closing out the game and earning a save for Gilmer, Austin Daman through 24 pitches with 15 being strikes.  Daman allowed one unearned run in his outing on 1 hit.  The defensive behind the combination of Bobcat hurlers committed 3 errors in the contributing to the 2 unearned runs for the Gordon Central Warriors. 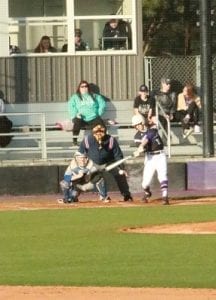 It wasn’t necessarily that the bats were super hot but more that the 3 hits for Gilmer produced the runs when needed.  The Bobcats had a really good eye and coaxed 5 walks and once on base, were aggressive in the stolen base part of the game.  The bottom half of the first inning saw the home team cross the plate with the first run of the game.  Frady walked and stole second base followed by Bowyer and Daman receiving free basses as well to load the bases the Bobcats designated hitter in J. Rhodes who grounded out to the pitcher that plated Frady for the 1-0 lead.  Things would quiet down a little into the fifth inning where the Bobcats found themselves in a 1-1 tie with Gordan Central.  The Warriors scratched out a run in the top half forcing the Bobcats to work hard to retake the lead in the bottom.  J. Buckner reached on an error to start the inning and after a stolen base and a passed ball found himself at third with Hunter Bowyer at the plate. Bowyer singled sending Frady to the plate and receipt of the RBI going to number 35.    The Cats added their final run just minutes later after Bowyer stole second just to advance to third with Daman at the plate.  Daman would be out at first on a drop third strike and a throw to first Bowyer slid safely into home just ahead of the tag and bring the score to 3-2 at the end of 5 innings of play.  Both teams went quietly in the sixth not being able to change the numbers on the scoreboard.  The top of the seventh, the Warriors gave it one last effort to tie or take a lead in the game.  With Austin Daman on the mound, Gordon Central bought the game within a run after scoring an unearned run.  Daman recorded the final out to earn the save in the 3-2 in over their non-region opponent.

The Bobcats will travel to Floyd County on Tuesday afternoon for a 5:30 PM game at Model High School.