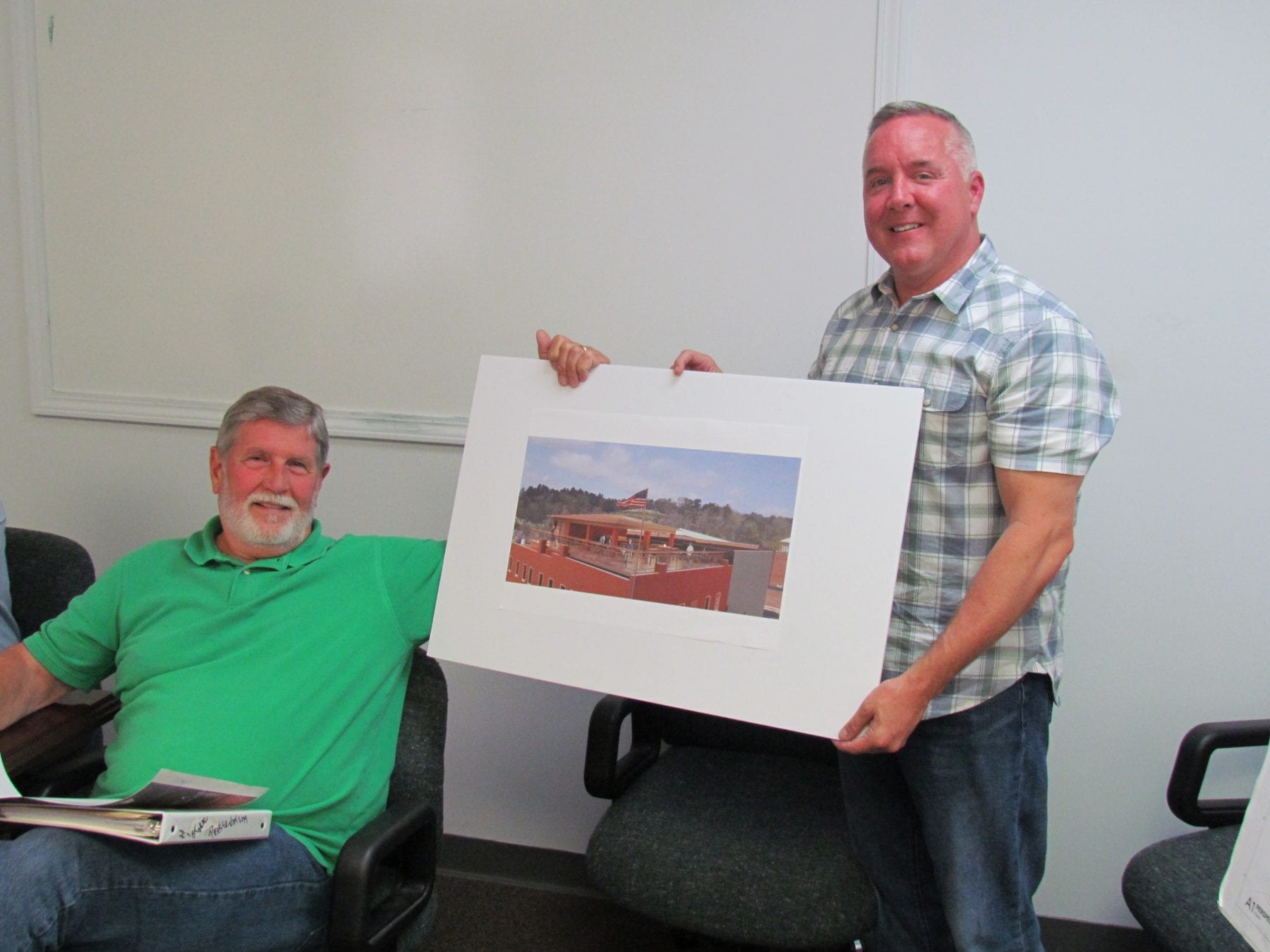 ELLIJAY, Ga. – During the Historic Preservation Commission meeting held on Monday, May 13, 2019 the commission voted in favor of a rooftop bar being constructed by property owners Matt Bond (pictured to the right above) and Jason Boutwell.

The bar will be built atop the existing structure at 10/14 River Street just outside of the downtown square by making minor modifications to the already approved metal stairs that will access the rooftop.

The bar will maintain a facade that matches the original brick of the building and the railing (48″ with seating that is positioned at an angle back from the edge of the roof) will match railing on the approved balcony below.

The rooftop will allow visitors to view the North Georgia mountains and most of downtown to include Rich Mtn, Cohutta Mtn, Harrison Park, the Courthouse, the square, the downtown cemetery, and a view of the parade route down River Street.

A part of the rooftop will be covered, though not all, with firepits and small speakers (not large enough to cause noise issues in the surrounding area) decorating the rooftop.

It is anticipated that the bar will sell food as well, though it’s unlikely there will be a full kitchen atop the building.