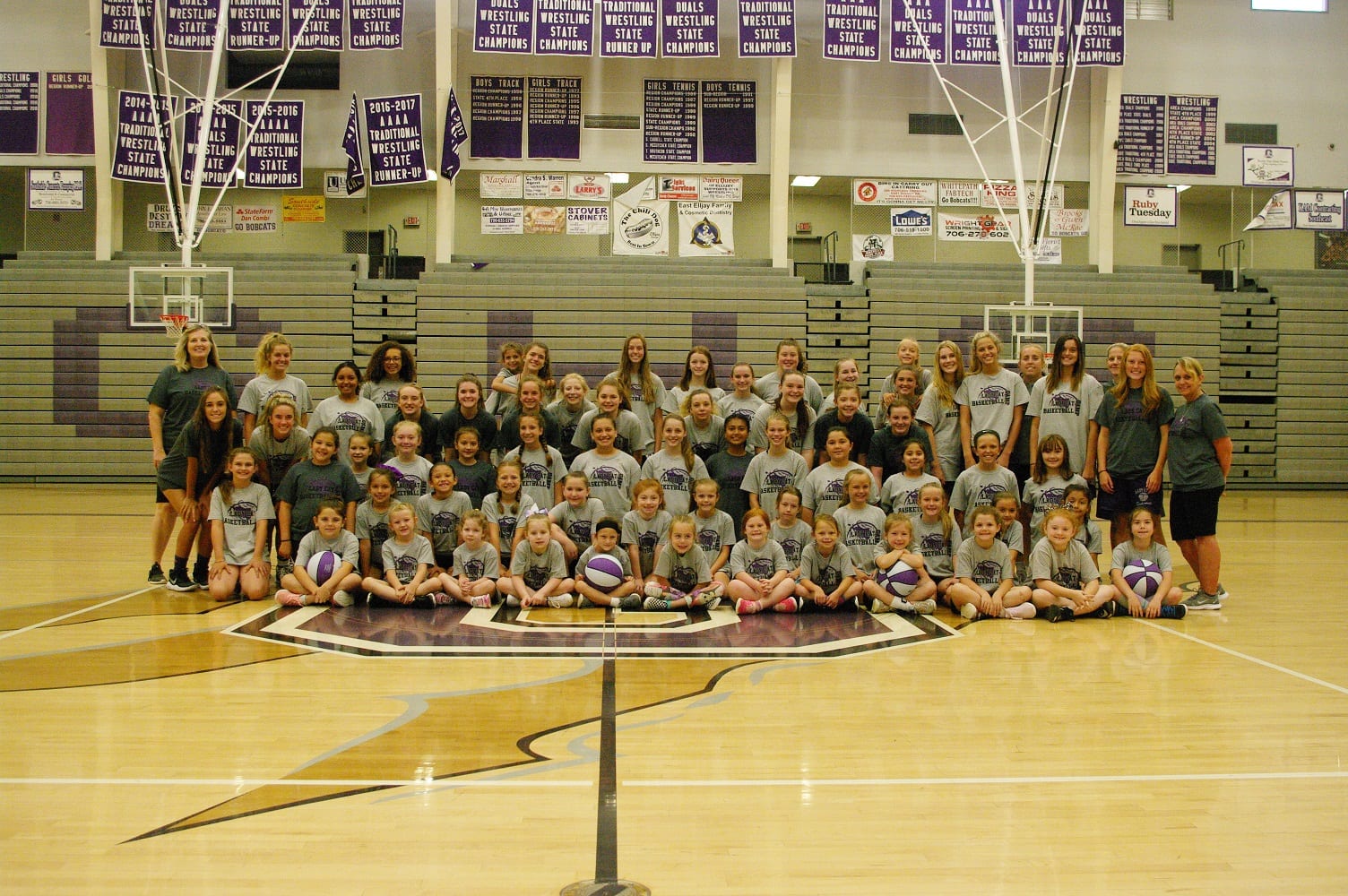 The camp was open to girls in grades kindergarten through eighth. Attendees were divided into six groups based on their age and skill level. Fifty-four girls were in attendance on the final day.

Members of the Lady Cat Varsity and Junior Varsity teams assisted in teaching the younger girls. Skills taught included basics from both an offensive and defensive perspective. 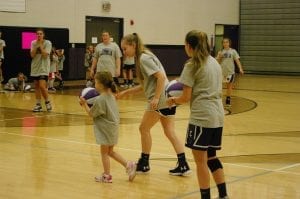 Members of the Lady Cats basketball teams assisted with the camp.

“We try to make sure that we break down all of the basic skills and make sure that they understand that basic skills are important all the way through their career of playing ball,” said head coach Susan Nunn. “We want them to know techniques and be able to make it a habit.”

The final day of camp began with instruction in dribbling and passing relays. Camp attendees also learned about defensive slide and had a comical moment watching members of the Lady Cats basketball team demonstrate a shot, spin and dive drill. After breaking for a snack, participants took part in some free throw relays before finishing up with scrimmages among their groups. 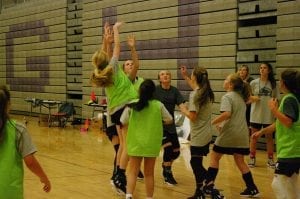 Camp attendees finished the day with scrimmages among their groups.

The camp concluded with the tradition of the Lady Cats basketball team scrimmaging one another, then recognizing certain campers with certificates for Camper of the Day, Most Motivated, Best Sportsmanship and overall Camper of the Week.

Jalynn Ledford, a senior on the Lady Cats team, said, “They learn a lot of skills that help them not only in just this season and in just this camp but when they get older they’ll remember stuff they learned here.”