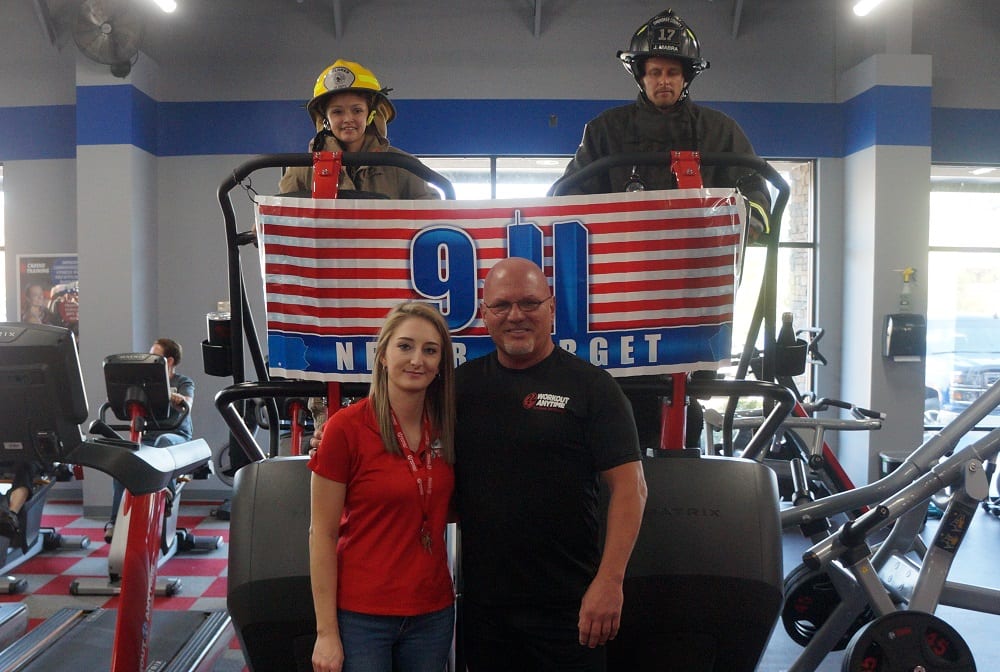 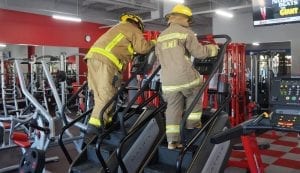 Firefighters from several counties and cities joined in to honor those who served on 9/11 by climbing the same number of steps they did.

EAST ELLIJAY, Ga. – Many people want to remember or do something in honor of a 9/11 memorial on this day of loss.

Firefighters from across several counties in North Georgia are doing just that as they climb 110 flights of stairs today at Workout Anytime in East Ellijay, Georgia. 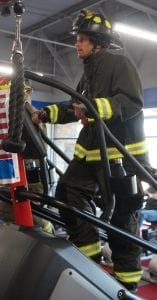 Jordan Mabra pushes past his first 10 minutes during the 9/11 Memorial Stair Climb on September 11, 2019.

“It’s our way to recognize these guys,” says Cesak, “We believe Cops, EMTs, Firefighters, those guys go so unrecognized. It’s our little way of doing something.”

While this is not the first time a gym has done a stair climb, Mabra said it is his first time doing this as a 9/11 memorial. Having trained for the event for roughly a week and a half, Mabra wanted to finish in under 30 minutes. A feat he accomplished with seconds to spare. But these firefighters aren’t just climbing the same number of stairs that those who served 18 years ago did. These firefighters are doing it in their protective gear.

Putting on the boots, pants, jacket, and helmet that are meant to protect against the intense heat of a structure fire weighs down in extra poundage as these men and women climb the grueling skyscraper simulation.

Mabra said finishing the 110 flights felt similar to coming out of an intense structure fire. Saying he felt beat up, it made him think about the emergency responders on that day. He said, “It just puts you in the mindset of those guys. I know they had the adrenaline going and everything, but to be facing what they were facing. I was just in gear, they had their air packs on. They might have been carrying somebody. And they were doing multiple trips.”