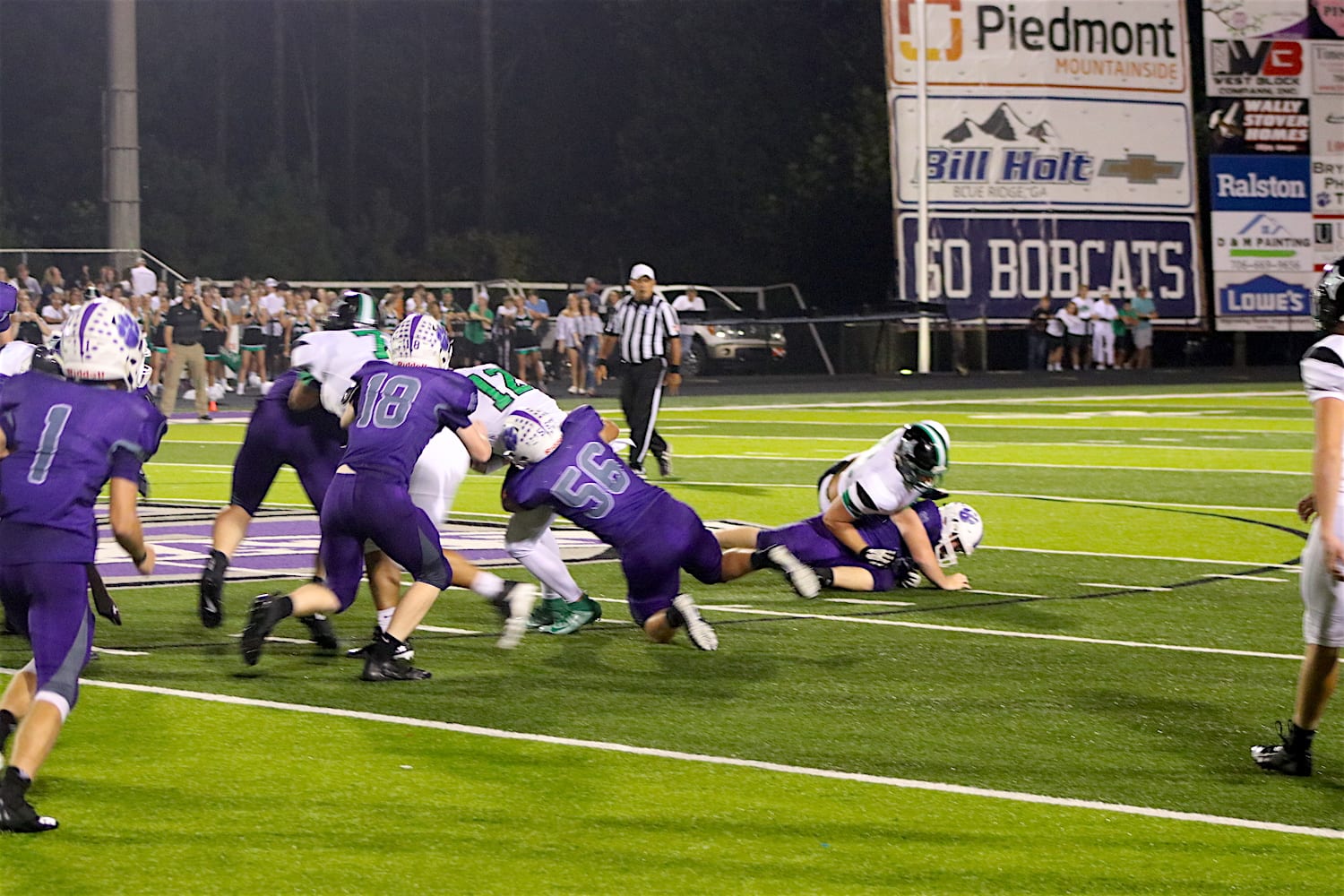 Ellijay, GA — Pickens vs. Gilmer. It’s one of the biggest rivalries in North Georgia. Old timers from both sides love to wax poetic about the 63 year old series between the neighboring counties. However, over the last several years it’s lost a bit of its luster. That sort of thing can happen when rivalries become one-sided. Since 2014 Pickens has outscored Gilmer 219-41, which includes a three year run of 149-13. Sure, there are many variables that led to such dominance — growth, coaching instability, transfers, etc. — but for many in Ellijay there is no excuse. That’s not how rivalries are supposed to work.

By winning two of their first four games, the 2019 edition of the Gilmer Bobcats have already proved they are not their predecessors of the last five years. Friday night in Ellijay was yet another chance to prove that notion against the rivals to the South.

There was lots to talk about throughout the game week. Pickens, coming off a dream 10-0 region championship season was only 2-2. Their Senior Quarterback and Wide Receiver were both former Gilmer players making their first appearance at Huff Mosley Stadium. As for Gilmer, the question would be whether or not they could compete with fast paced Dragons. Despite a 90 minute weather delay, we finally got our answer.

Pickens received the opening kickoff. After converting three times on third down they broke through with a 27-yard touchdown run by Jarod Whitmore. On the ensuing Gilmer drive the Bobcats were hampered by penalties and negative plays. It looked like business as usual between the two squads. Looks can be deceiving. Facing a 3rd and 20+ Bobcats QB Spenser Smith connected with Gray McClure for a 67-yard touchdown to tie the game.

Pickens came right back. Whitmore broke through for a 51-yard touchdown on just the second play of the drive to make it 14-7. Gilmer would respond though by getting inside the Pickens 10 by the time the first quarter expired. Ashton White promptly took it in from the 5. The PAT was missed, making it 14-13 in favor of Pickens.

The Dragons then took a page out of Gilmer’s book. They put together a long, clock eating drive that resulted in yet another Jarod Whitmore touchdown. This time it was through the air from CJ Streicher from 15 yards out. The PAT made it 21-13 with just over three minutes left in the half.

Gilmer took the kickoff and quickly moved down the field. Adolfo Bautista connected on a 25-yard field goal to make it 21-16 at the break.

After a Gilmer punt on the first series of the second half, Pickens put together another long scoring drive. This time Streicher ran it in from the 5 to extend the Dragon lead to 28-16. It was all the separation they would need.

The Bobcats responded again, this time with a 4-yard touchdown by Kobe Stonecipher to make it 28-23. But it was short lived. Once again Pickens moved it down the field inside the Bobcat 5 at the expiration of the third quarter. On the first play of the fourth they ran it in again with Whitmore, his fourth touchdown of the game. The PAT made it 35-23.

From there, both teams exchanged possessions. It ended at 35-23, but the score does not reflect the impact of this game. If someone had predicted this outcome two months ago they would’ve been called crazy. After the game Gilmer Head Coach Kevin Saunders was upbeat in his praise of the team and coaches. Even in defeat, we saw just how far this program has come.

The Gilmer Bobcats 2-3 (0-1) have a bye next week. They will travel to Southeast Whitfield on October 11.