ELLIJAY, Ga. – An arrest has been made in Ellijay this week on five counts of felony charges. Confirmed to have worked for the Fire Department, Michael Paul Chester was taken into custody by the Ellijay Police Department.

Chester is facing charges of False Imprisonment, Criminal Trespass, Harassing Phone Calls, Terroristic Threats and Acts – Felony, and Criminal Damage to Property – 2nd Degree. Bond was set at $4,500 according to the Booking Report. As of late Thursday night, Chester was still in custody.

As the investigation continues with the Ellijay Police Department, some sources say this is not the first time he has been in trouble and has even received warnings for behavior before, however, authorities have not confirmed these reports or released additional information on the investigation. FYN is currently reaching out to authorities for further details. 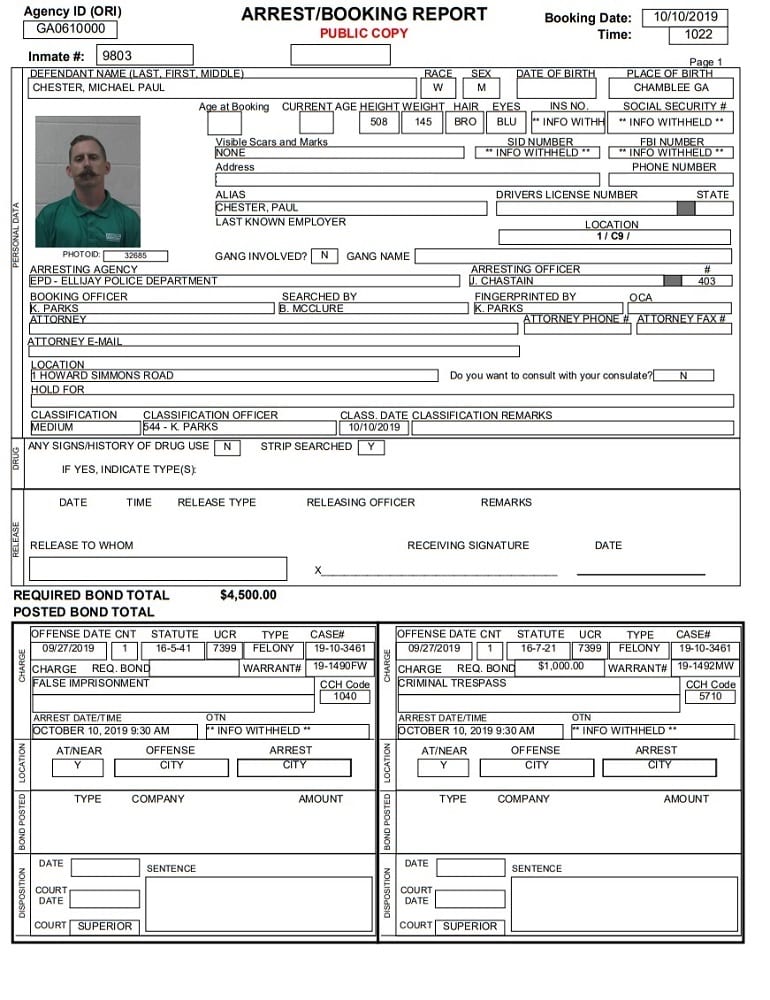 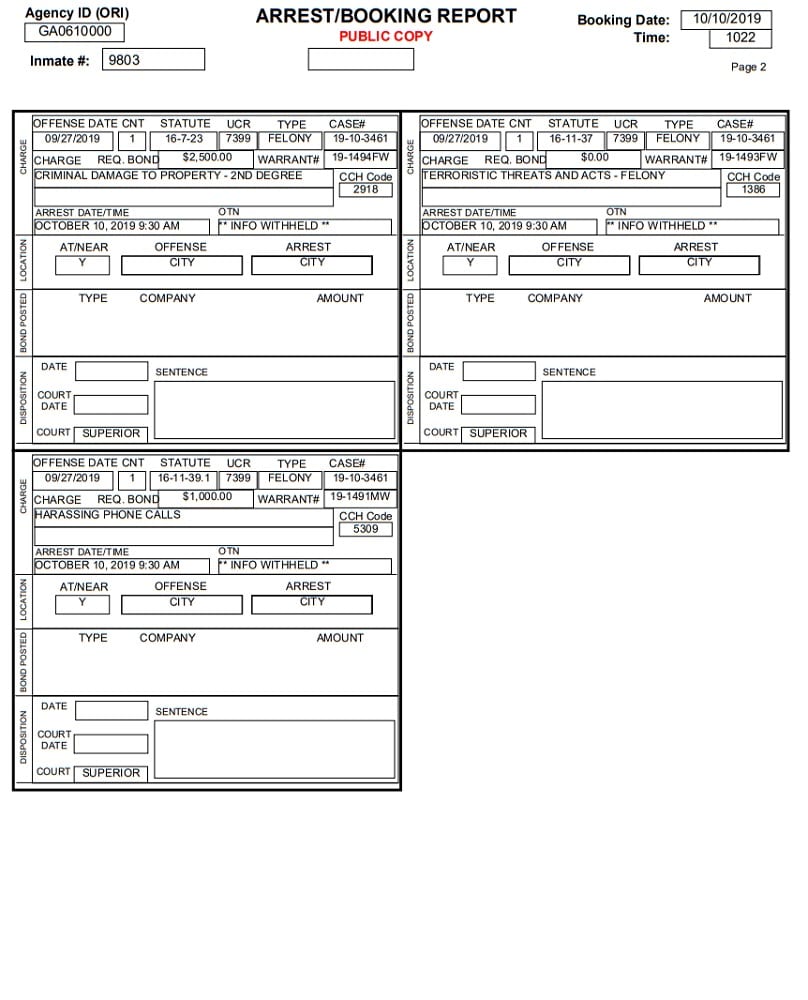