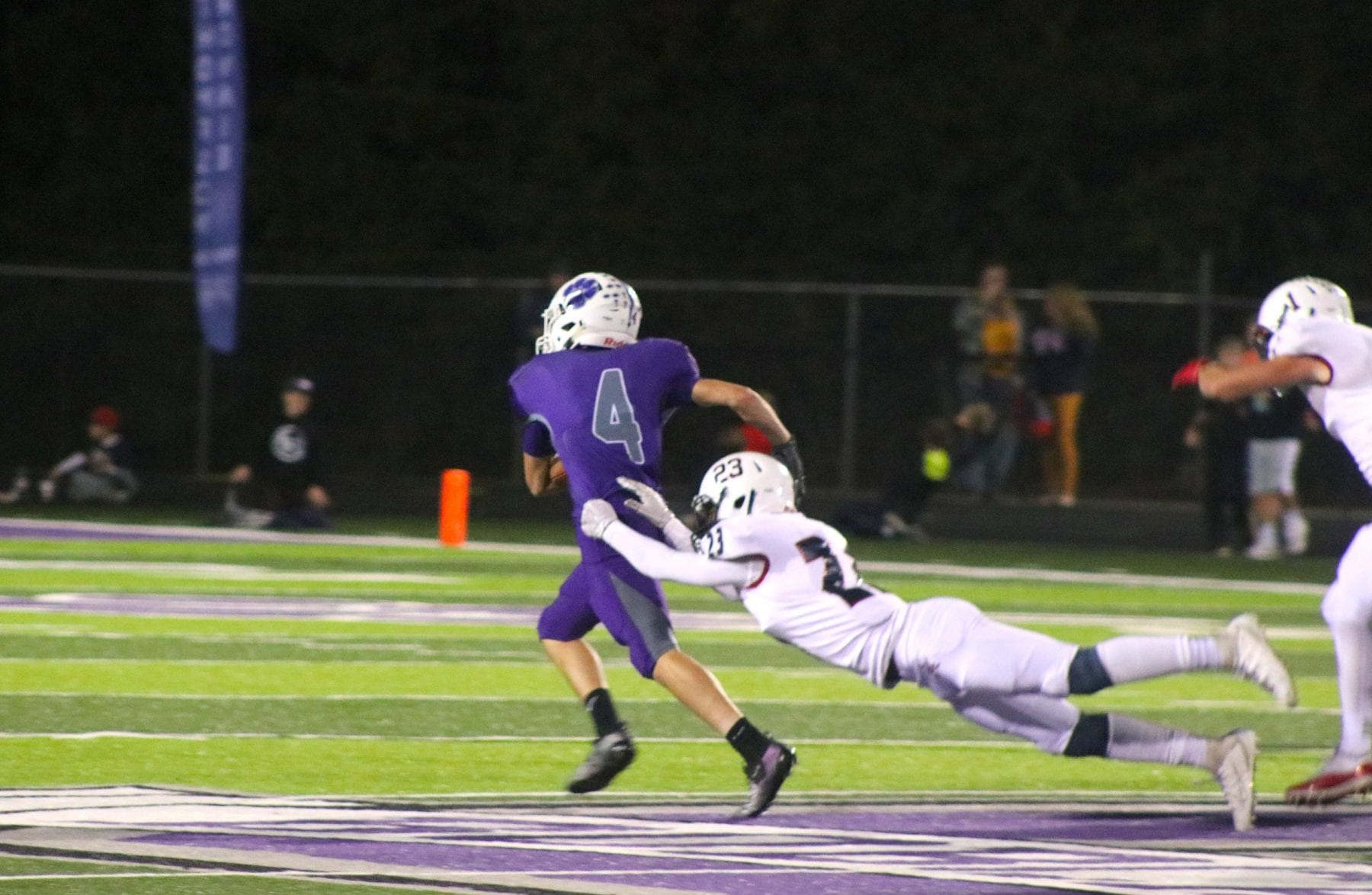 ELLIJAY, GA — No matter the end result of the 2019 season for the Gilmer Bobcats, one thing is for sure. This has been an entertaining team to watch. Often outmatched, almost every game surprisingly close, yet here we are with three games left still talking about playoff possibilities. Friday night was another example their grit. Although they lost to the Heritage Generals 35-22, the score was not quite indicative of the game.

Gilmer Head Coach Kevin Saunders perhaps said it best following the game when asked what happened he simply said “they [Heritage] got off the bus.”

Saunders was eluding to the fact that Heritage is quite the gifted team. They’re laden with upperclassmen, several of whom will play at the next level. On Offense, they run a well rehearsed “Air Raid” system complete with adequate skill players, a standout offensive line, and a quarterback equipped with the tools to execute. It was one of those instances where old cliche of “this team won it in warmups” could have applied. But after watching this Gilmer team through seven games we knew that wasn’t going to happen.

That’s not to say it didn’t seem like we were headed for a blowout early. After forcing Heritage into an early 3rd and long on the opening drive, Quarterback Nick Hanson turned a broken play into a 58 yard touchdown. After muffing the snap, Hanson picked up the ball and frantically rolled to his right. He threw it up for grabs. Somehow it was caught by Cade Kiniry, who proceeded to run another 30 yards for the early score. The PAT made it 7-0.

After the quick Gilmer three-and-out the Generals offense went back to work. A combination of quick screens and runs moved them down the field. Senior Gabe Ogle then broke a 25 yard touchdown rush. The two point conversion made it 15-0.

After another failed Gilmer drive, Heritage gained possession looking to add to their first quarter lead. Then momentum began to change. On 4th down inside their own territory, Heritage took another Special Teams gamble with a fake punt attempt. It was unsuccessful.

Gilmer took over on downs. Kobe Stonecipher had the first of his big third down runs for 15 yards. Spenser Smith connected with Gray McClure to put the ball inside the Generals five yard line. Smith’s run up the middle got the Bobcats on the board. Adolfo Bautista’s PAT made it 15-7.

The subsequent kickoff from Bautista bounced around in no-mans land long enough for the Bobcats to recover it deep inside Generals territory. They were in prime position to tie the game and run enough clock to get it to halftime. Unfortunately, a rushed throw from Smith was intercepted by Freshman Safety Kaden Swope and returned to the Heritage 21 yard line. The Generals quickly moved the ball down field, in a drive that culminated in a 25 yard hook up from Hanson to Logan Lowe. The PAT made it 22-7.

After a touchback Gilmer tried to put together a drive to close out the half. Deep inside their own ten yard line on third and forever, Stonecipher broke a 52 yard run to get the ball to the Generals 30 yard line. It looked as if they’d turn it into points, but a failed 4th down attempt left the score 22-7 at the break.

After an extended halftime due to Homecoming festivities, both teams traded three and outs. On their second possession, the Bobcats put together a long sustained drive that has defined their offensive success throughout the season. It was highlighted by several Stonecipher runs, including more third down conversions via the ground and one that went for 30 yards. It ended with a Stonecipher touchdown. Smith ran in the two point conversion to bring the Cats within 7.

Gilmer got the ball back with a chance to tie the game. However, another interception gave Heritage the ball. They capitalized with a quick touchdown to extend their lead to 29-15 just before the close of the third quarter. The next Bobcat possession ended on a failed fourth down attempt. Heritage scored again, Hanson to Lowe, again. The missed PAT made it 35-15.

The young Cats kept playing though. The next possession was highlighted by a long run by Donnie Ledford, who also ran it in for a touchdown a few plays later to make it 35-22. The onside kick failed, but the Gilmer defense forced a three and out. Their attempt to score again was hampered by the lack of timeouts and questionable clock management by the officials upstairs. Either way, it was a fleeting attempt.

The takeaway from this one was multi-layered. Heritage was the most talented group they’ve seen all season. Thus, the end result wasn’t all that surprising (as Saunders alluded to). However, Gilmer had their chances to not only make this game close, but to win. I’ve said before “there’s no such thing as a good loss,” and this is no different. When the coaches and players go back and watch film of this game they’re going to be frustrated at the opportunities missed and the correctable mistakes made.

With that said, young teams must go through games like this before they can turn the corner to being contenders. Here’s the thing though, Gilmer IS a contender. They are very much alive in the 6-AAAA playoff race. They’ve turned the corner from “we just want to see them win” to “they can win games against good teams.” Either way, it will be entertaining.

The Gilmer Bobcats travel to Tunnel Hill next week to take on Northwest Whitfield.