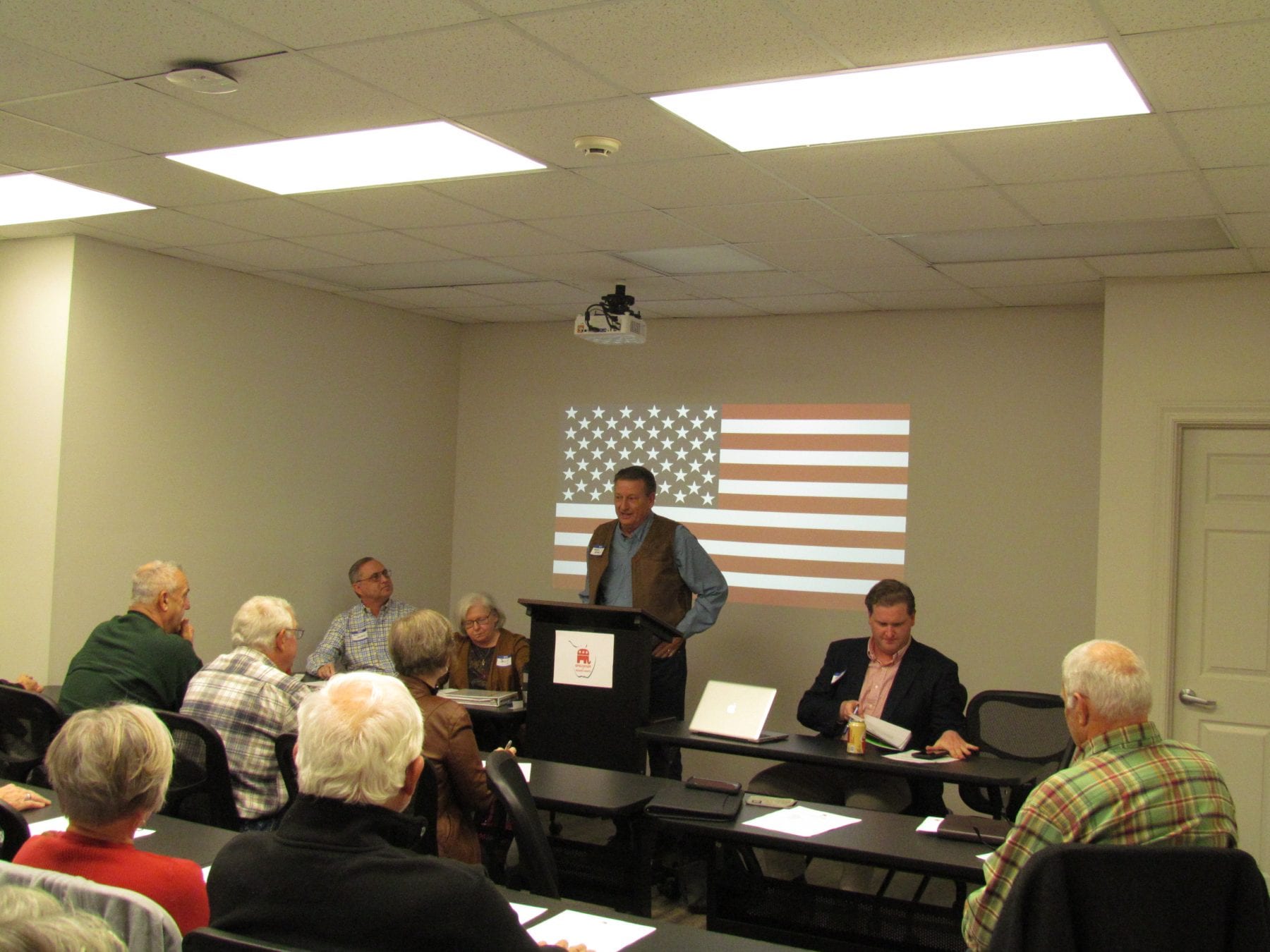 ELLIJAY, Ga. – Colonel Gary Engel of Ellijay’s Engelheim Vineyards talked about his career as a high ranking officer during some of the biggest moments of US foreign policy from the last 25 years, as well as his unique insight on US foreign policy today and why it’s so important to keep Republicans in office, during the Republican Party of Gilmer County‘s meeting held on Thursday, November 21, 2019.

Colonel Engel went to the United States Naval War College, his master’s degree being in national security and strategic studies with a focus on the Middle East. He’s a retired vice president from General Dynamics Corporation, and a retired colonel of the US army. During his time in the army, he was a transportation officer for 28 years, and he holds a bachelor’s degree from the University of Alabama.

Colonel Engel states that “Many of the politicians that you see today are quite frankly a disgrace, because they don’t understand the idea of strategic or operational or tactical operational levels. It’s critical that you understand that, because that drives the whole operation that we had to execute as soldiers.”

On leadership, he states that “Leadership is something that alot of people don’t get. If I look at the deep state in Washington D.C. today, they don’t get it. Because they don’t get what leadership is all about. […] It’s about being a servant leader. The greatest man who lived was Jesus Christ, not once did he think about himself, he thought about the people around him. It’s not about me. It’s about how many people’s lives I can touch with this short life that I’ve been given. So that when I lay down to die one day (or you do), who’s life did you touch? What kind of difference did you make in our country?”

On President Trump, he states that “Alot of people say he Tweets too much. He’s got to, that’s the only way he’s got to communicate. It’s effective, because they report it. Otherwise the news media isn’t going to report it, because it’s a propaganda media, it’s a disgrace. But he understands what success looks like. Why is he a servant? Why would that president go through the process to serve? And if you ask yourself, ‘well he doesn’t need the fame, he doesn’t need the fortune (he’s not even taking his paycheck; going for charity, last I checked), he doesn’t need the power.’ You look at alot of these guys in Washington D.C. and they’re upset because he’s messing up their gravy train deal.”

On education, he believes that “Our education system is failing us. We need to put the competition in their education system. The Victory Center down here, this Christian school… Give us an alternative. Why are we denying the children that can’t afford it’s parents the opportunity to send their kids to a different school, an alternative school, so they can get a decent education instead of some propaganda. Most of the teachers really want to do a good job, but their hands are tied.”

He mentions during his speech that he was a Democrat until the age of 13, but that he now considers himself more of a Libertarian on most issues, excluding national security.