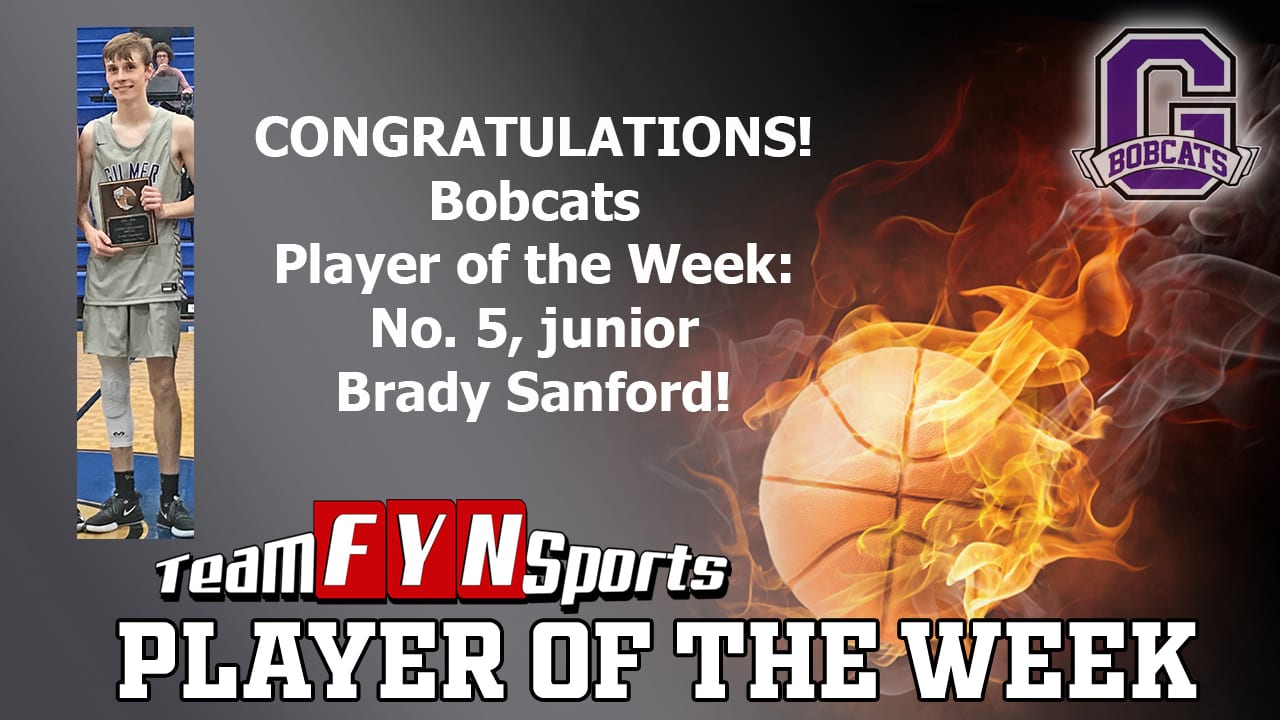 After his performance in three games during the past week, Brady Sanford is the TeamFYNSports Writer’s Player of the Week for the Bobcats!

The 6-foot-4 junior guard averaged nearly 17 points per game during the three-game stretch, including leading the team in the team’s two victories.

Sanford scored just 10 points in Gilmer’s loss to Pickens on Nov. 23, but rebounded quickly to score a game-high 17 twice in wins against Hiwassee Dam on Nov. 25 and Fannin Co. on Nov. 26 to lead the team to a second-place finish in the annual Thanksgiving tournament in Blue Ridge.

Sanford his four 3-pointers in the Bobcats’ victory over the area-rival Rebels in the second-place game.

For his efforts, Sanford is the TeamFYNSports Writer’s Player of the Week for the Bobcats!

To read about Gilmer’s three games during the past week, click here.