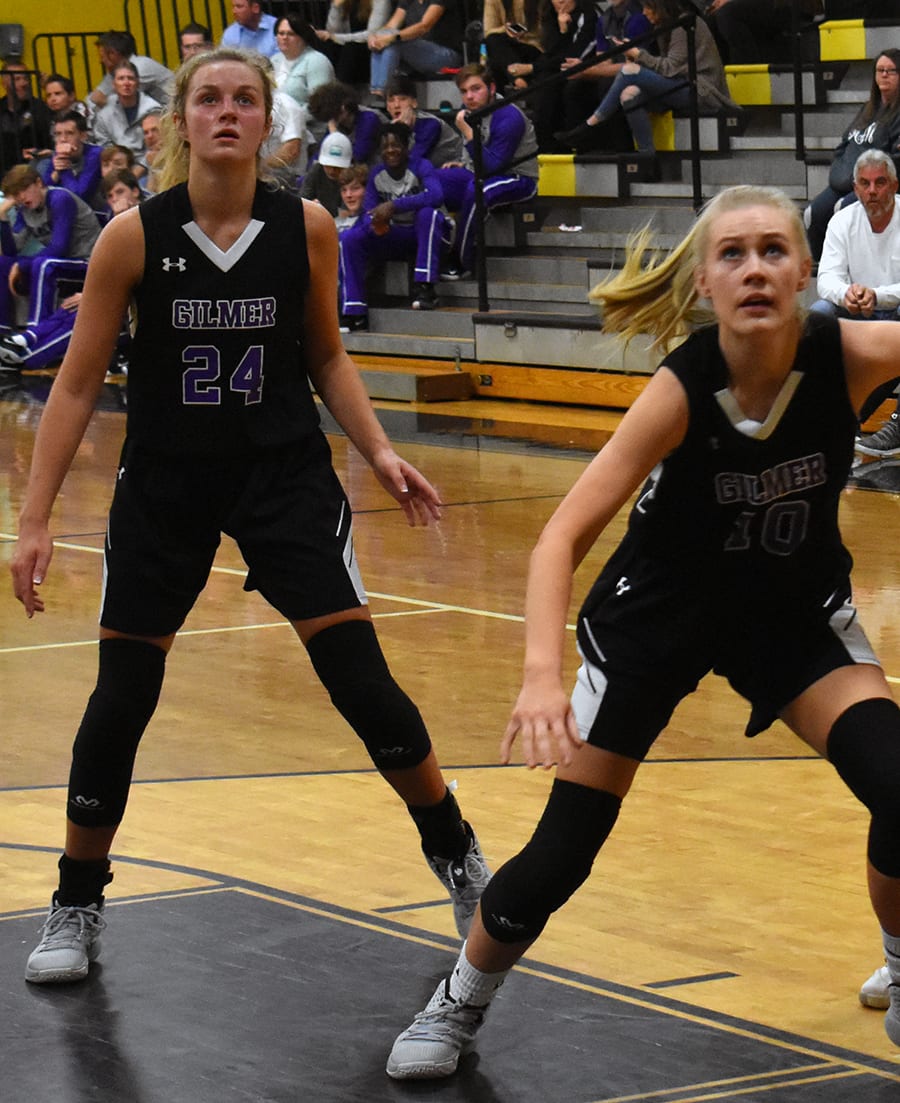 The Gilmer Lady Cats lost a hard-fought game Saturday, Jan. 4, to their rival, the Fannin Co. Lady Rebels, 57-45, in Ellijay. 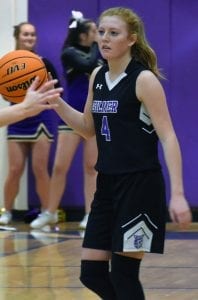 Junior Hope Colwell brings the ball up the floor in recent action for Gilmer.

After taking the lead early in the first quarter, the Lady Cats trailed Fannin Co.  for the rest of the game. Smothering defense by the Lady Rebels seemed to be the difference on a night where Gilmer was looking to avenge their one-point loss to Fannin Co. earlier in the season.
The Lady Cats trailed at the half, 33-22, but battled back in the third, at one point cutting the lead to five, but eventually closed the third quarter down 38-31.
Foul trouble was the story of fourth quarter. Elly Callihan, Hope Colewell, and Emma Callihan each fouled out and the Lady Rebels pulled away for good.

Senior Bailey Teague works the point in recent action for the Lady Cats.

Coach Nunn said after the game, “They out played us. They’ve got a good team, they managed the game very well and we struggled from the foul line tonight. We played pretty well, but we lost our composure in the fourth quarter and allowed them to get a good lead on us.”

Coach Nunn praised the effort from her standout player, Elly Callihan, saying that she, along with four other players, were sick and fought through it to play.
On Tuesday’s regional matchup with Southeast Whitfield, Coach Nunn said “First time we played them, we won big. They’ve struggled a little this year, so it should be a game that we take. We’ll see how we react after this weekend. We’ve had two really hard ones. We’ll see if we’ve recovered.”
The Lady Cats (11-5, 6-0 Region 6-AAAA) travel to Dalton on Tuesday night, Jan. 7, to take on region-foe Southeast Whitfield (4-13, 1-5), with tip-off set for 6 p.m.
basketball gilmer