GILMER COUNTY, Ga. – With some citizens’ concerns rising over the coming vote for the 2020 TSPLOST, more details are emerging about the tax, what it will be used for, and what items will bear the tax.

According to the Single County TSPLOST Guide document posted by the ACCG (Association County Commissioners of Georgia), there are six items that are exempt from taxation on the law. (See O.C.G.A 48-8-269)

As stated in their website, “ACCG is a nonprofit instrumentality of Georgia’s county governments. Formed in 1914 with 19 charter county members, today ACCG serves as the consensus building, training, and legislative organization for all 159 county governments in the state.”

So while vehicle purchases and most fuel purchases are exempt from the sales tax, it seems that all other purchases are included. It is our understanding that this does also include basic bills like groceries, water, propane fuel, electricity, and even cable and internet as they are not listed in the exemptions.

Furthermore, Gilmer Board of Commissioners Chairman Charlie Paris offered a few more insights as FYN received answers to a few questions after a Special Called Meeting in January.

Paris has noted across several meetings the progress the road department has made in recent years and the progress still needed to be in the shape he wants them to be. He has also stated that he doesn’t personally mind if the 2020 TSPLOST passes or not as he sees that progress continuing in that department. Rather, Paris has stated that he feels the TSPLOST is an answer to a rising issue as people are wanting to see more immediate results and progress. The TSPLOST, according to Paris, can accomplish in 5 years what will happen over the next 25 years.

This time, Paris offers a few more details as he says the county will be looking to pave gravel roads with the TSPLOST, thereby reducing the costs of maintaining these gravel roads. Paris said, “The end objective is, at the end of that 5 years, to have a road system that is in good enough shape and requires little enough maintenance that we can maintain it properly with the resources that we have.” 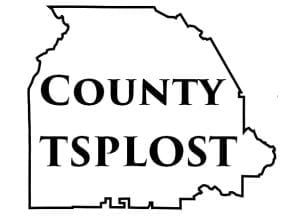 The main focus of this TSPLOST is actually becoming clearer to transform the Road Department. Paris says that by paving the gravel roads, they would change from having motor-graders to pothole patchers, from attempting to do everything for roads to contracting asphalt paving and focusing the Road Department on tar and chip paving, and from one central road department to quadrant bases focused on their sections of the county.

On that last point, Paris said, “Ideally, what I would like to have, would be a base in all four quadrants of the county and have that base work exclusively within that quadrant… We can’t do that right now. We don’t have the resources to set up those bases. We don’t have the equipment to man four bases.”

Paris went on to say that an option with the 2020 TSPLOST could help set up those bases if they decide to take that direction. However, the idea is unfeasible currently as the county would need the workers and a lot more equipment to spread around the county than it currently possesses. Paris did call this option an ideal situation and something to work towards.