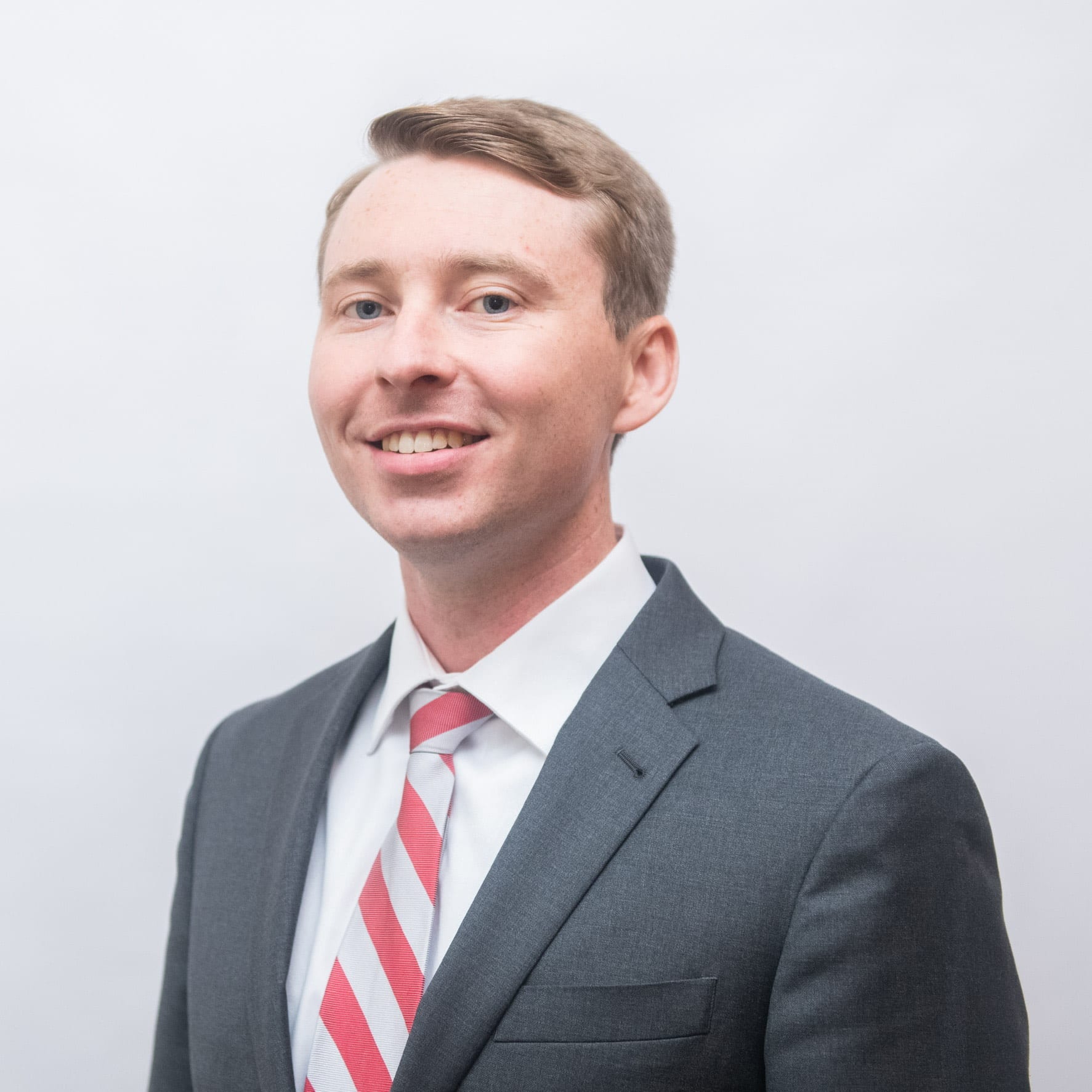 Written and submitted by Reece Sanford

Three of my four grandparents came from the Greatest Generation. Their history is American history. Of my three grandparents from this generation, only my Granny – Lillie Sanford – remains with us. Granny has seen so much in her lifetime. She was born at the beginning of the Great Depression. She lived through World War II. When the Cuban Missile Crisis occurred, she had four young children including newborn twin boys. She has lived through four pandemics. She lived through Watergate and 9/11. She has witnessed so many of the events that shaped our nation. On a personal level, like America, our family has also known many trials. Granny supported her husband through three separate bouts with cancer and a quintuple bypass surgery. Our family has experienced business failure, injury, loved ones leaving us too soon, and so much more. Through it all, like America, we have persevered.

The Sanford family has been able to persevere because of the values my grandparents instilled in their children and grandchildren. Granny and Pa spent their lives working in carpet mills. I am so proud to come from solid, blue-collar Appalachian stock. The grit of my grandparents is what has taught our family to keep on keeping on. In Granny’s living room, she keeps a framed photograph of the Serenity Prayer. There have been times in my life where I have sat in Granny’s living room and told her about something that was bothering me or someone else. She would respond by pointing to that photograph and explaining that the Serenity Prayer was the answer. I would like to share the Serenity Prayer with you:

In my life, I have learned from the wisdom of my grandparents and let that wisdom influence my actions. The Serenity Prayer is a timeless piece of wisdom Granny taught me. Simply, there are things in this world that we cannot change. When faced with things we cannot change, we must accept it and trust that God will do what is right for us. The Bible tells us that God is a good Father. We must believe that. The Serenity Prayer also teaches us that there are things we can change. When we find the things in life we can influence, we must be courageous. It takes courage to see these things through to a successful end. Having the wisdom to know the difference in what we can change and what we cannot change is the hard part. This partly comes from experience, but it also comes from a daily walk with God. Wisdom is often what separates successful endeavors from failures. Those of us in the Republican Party who trust in God must pray for wisdom right now.

I look at the issues facing Republicans today, and I think of the Serenity Prayer. There are many areas in today’s politics where I cannot make a difference. They concern me, but I know I cannot change the outcome. At the same time, there are areas where I can influence the outcome. During the General Election, I served as the Chairman of The Gilmer Trump Campaign, a subcommittee of the Gilmer GOP. In an October interview, I was asked if I was concerned with potential fraud in unsolicited mail-in balloting. I responded that I was certainly concerned, but I knew I could not control that. My focus was on where I could make a difference and that was Gilmer County. We knew at the onset of The Gilmer Trump Campaign that shady things were happening with unsolicited mail-in balloting in Pennsylvania, Nevada, and many more places. I also knew that I had no level of power to stop corrupt individuals in Philadelphia, Carson City, and many other cities. I did know that I had the ability to make an impact in Gilmer County. The Gilmer Trump Campaign clearly defined its goal, and we kept our eye on the prize. In 2016, President Trump received 10,477 votes in Gilmer County. Our campaign goal was to increase this figure by roughly 15% and get President Trump 12,000 votes in Gilmer County. We worked very hard with Op-Eds, putting out signs, sending volunteers door-to-door, having volunteers place phone calls, funding Trump rallies, making speeches to local groups, and operating a campaign headquarters. When it was all said and done, for the 2020 General Election, President Trump received 13,429 votes in Gilmer County. We crushed our goal. We were extremely concerned about the impact of mail in balloting in other communities, but we knew we could not control that. We could only trust that God’s will be done. Ultimately, we knew we could make major contributions to Gilmer County and that is where we focused our energies.

As Republicans move forward in the months ahead, I continue my attempts to live by the Serenity Prayer. I am still concerned about the voter fraud that might have occurred in November. Election fraud happens in every election, and unsolicited mail-in ballots are low hanging fruit for fraudulent voter schemes. Any rational person would want to investigate claims of voter fraud in a year where an astounding number of mail-in ballots were submitted. President Trump is right to call for investigations and audits. Like in any other election, the question that must be answered is, “Was the fraud enough to change the outcome?” We have a system to root this fraud out, and I hope that system will answer the key question soon. We need to trust in the judges, state legislators, and Secretaries of State to do their job. The Bible tells us that all authorities on this earth have been appointed by God. Trust in God. Also trust that no stone will go unturned because Donald J. Trump is not a quitter. President Trump will see this through to the end. When all the illegal votes are identified and disqualified, I hope that it will be enough to declare President Trump the winner, but if not, I will accept the result. I recall that Al Gore was once conferred the title “President-Elect” by the mainstream media. In my opinion, this is not over until the Electoral College votes and there is still plenty of time left on the clock.

Saying all of this, at this time, I do not believe investing my energies to this cause is the best thing I can do for my party. I know President Trump and his legal team are investing their energies towards this, and I know that God’s will shall be done in the end. I also know that Reece Sanford is not a lawyer hired by the Trump Campaign and does not have the ability to flip the projected outcomes of six entire states. There are more skilled people than me already working towards this end. I must look to the things I can achieve for my party. Helping the Republican Party retain control of the U.S. Senate is something I can influence. Control of the U.S. Senate will come down to the January 5th Senate run-offs in Georgia. The Republican Party in Georgia must be laser focused on sending Senators David Perdue and Kelly Loeffler back to Washington D.C.

If the projections hold and Joe Biden becomes President in January, we will need a Republican Senate to stop the Democrats’ radical left-wing agenda. If Republicans lose in January and Joe Biden is elected by the Electoral College, the Senate will be split 50-50 between Republicans and Democrats with Vice President Kamala Harris serving as the tie -breaking vote. If the Democrats control the Senate through the Vice President’s tie-breaking vote, the Democrats will nominate leftists to Biden’s cabinet. Given the power, Democrats will appoint liberal activists to our federal benches and push through life altering legislation like the Green New Deal. Your taxes will increase without question. Regardless of the outcome of the Presidential election, through the Senate runoffs, Georgians can stop the extreme Democratic agenda in its tracks. If Georgians re-elect Senators Perdue and Loeffler, we can stop the Democrats from changing America for the worse.

The path for a Republican victory in Georgia, runs through the rural counties in north Georgia. Atlanta and its suburbs are held firmly in the grasp of the Democrats. With millions of people in the city and suburbs voting for the liberal agenda, rural conservatives must turn out in huge numbers to offset the Atlanta vote. In 2018, Brian Kemp won the Governor’s race with only 50.2% of the vote. An analysis of his margin of victory shows that small towns in rural north Georgia paved the way for him. We cannot change what is decided in the courts of Pennsylvania or Wisconsin, but rural north Georgia conservatives can turn out to vote on January 5th to save the Senate.

I hope in the months ahead, the Serenity Prayer will influence you politically. If you are mad about suspected voter fraud, use that energy to help Senators Perdue and Loeffler. If they are to win, we must come out and vote like we did in November. America cannot afford for Georgia’s Republicans to stay at home in January. As much as I want to, I cannot influence what happens in the six contested states that will determine the Presidency. I can only trust God and pray for those who can influence the outcome. I can however make a political impact in the Georgia runoff. I can work to get voters registered before the December 7th deadline. I can sign up Republican volunteers to go door to door or to make phone calls. I can put out campaign signs. I can encourage the medically fragile to vote absentee. I can encourage people to vote early beginning on December 14th. These are all achievable goals that will make an impact. As much as I want to, I cannot eliminate every illegal Presidential vote, but the Senate runoff is an area where I can make a difference. The wisdom of Lillie Sanford has enabled me to realize this. Join me in praying the Serenity Prayer and working for Senators Perdue and Loeffler.

Reece Sanford, CFA served as the Chairman of The Gilmer Trump Campaign. Mr. Sanford is the Assistant Secretary – Communications of the Gilmer County Republican Party and a native of Ellijay, GA. He holds a BBA in Finance from The University of Georgia and an MBA from Kennesaw State University. Mr. Sanford also holds the Chartered Financial Analyst (CFA) designation. He is a career community banker currently working in small business lending. He has served on the boards of several non-profits throughout north Georgia. He has served as Youth Engagement Director of the Gilmer County Republican Party, holds an advisory role with a trade association Political Action Committee, and has consulted on multiple political campaigns. He and his wife, Kerri Ann, enjoy spending their free time exploring north Georgia, running, traveling, and cheering on the Georgia Bulldogs.

Disclaimer: The views expressed in this column are strictly those of the author. They do not necessarily reflect the views of the Republican Party, its members, any other organization the author may be associated with, nor his family members.