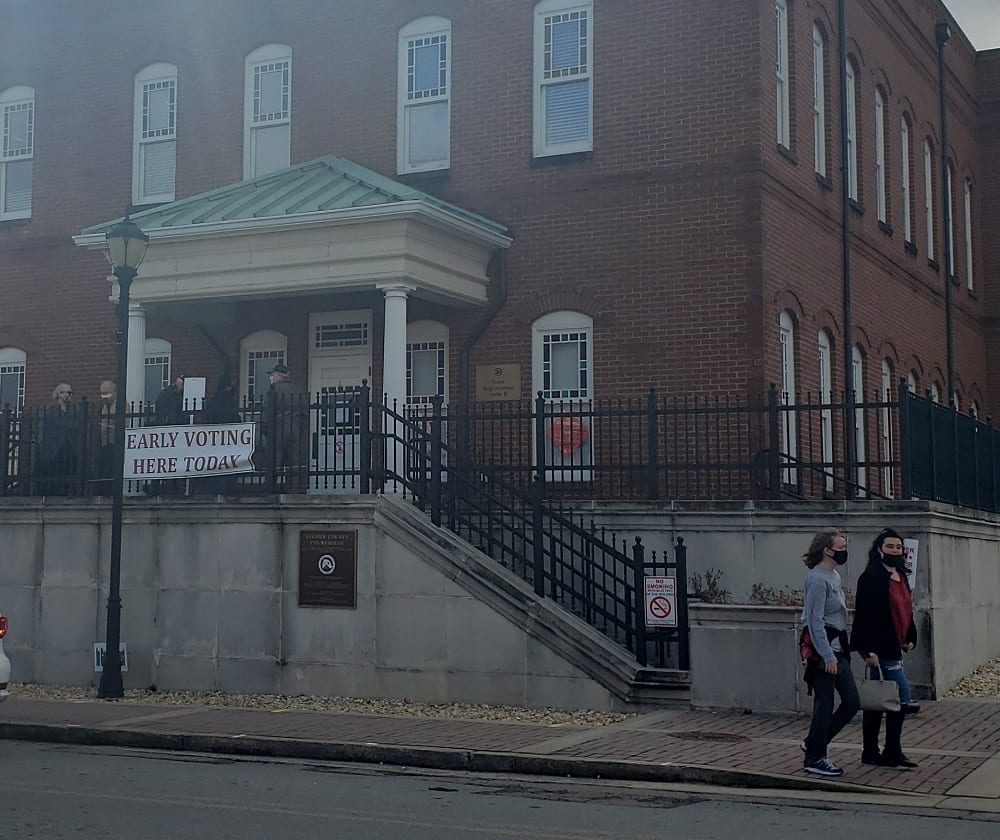 ELLIJAY, Ga. – Gilmer County is preparing for Tuesday night’s runoff elections despite no local races being decided this week. This is also coming amid challenges and setbacks continuing in the face of the COVID outbreak.

According to unofficial sources, the just over 6,900 early votes were cast in person and the final day of early voting saw the longest line of this runoff election for Gilmer County, stretching down the stairs and back down the sidewalk towards the corner of the courthouse building similar to what was seen in the main election.

This all comes in addition to news of an outbreak of COVID in the office. Reports are coming with confirmation that Chief Registrar Tammy Watkins tested positive. Other positive tests have been reported but not confirmed.

Citizens have praised the Registrar’s Office for their work in the early voting process saying that it has gone smoother and faster than they noticed in the main elections in November. The office has also worked in conjunction with the Gilmer County Probate Court office to perform two different recounts of the November elections.

Rumors are circulating that the Probate Office may close its doors to the public during their vote counting just as they did in the previous election. While the counts were performed in office just as the have been before, Probate Judge Scott Chastain messaged FYN before the election night saying that he would not be reporting results in person in the office as he has done previously. However, this time, no message has come as of yet from the Judge confirming if he will have the offices open to the public.

Election night for the runoff is Tuesday, January 5, 2020. Citizens are encouraged to visit their voting precincts on the day of election as in-person early voting is now closed.