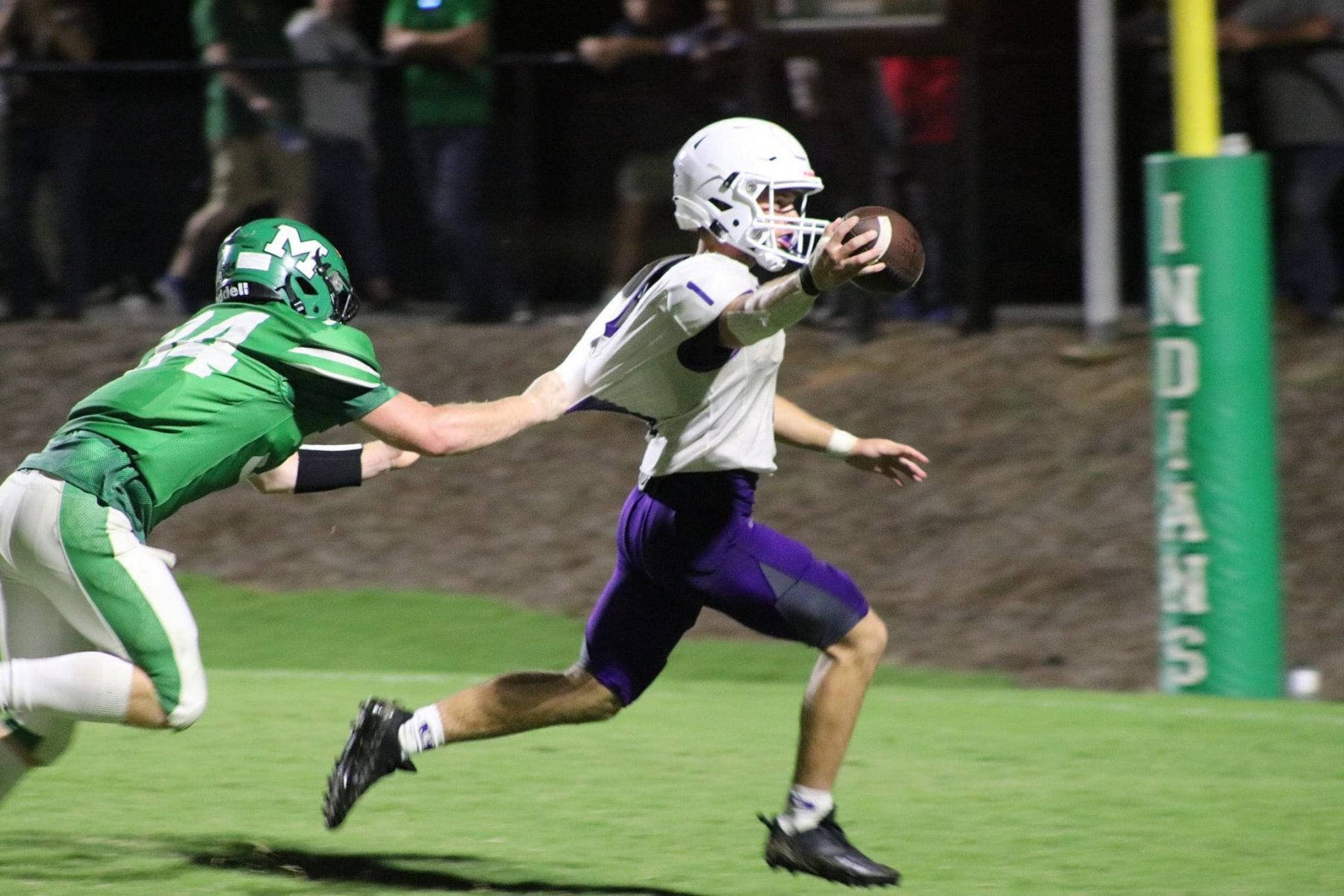 “How bout ya Bobcats!!” yelled Coach Paul Standard to his team as they gathered around him following their 34-21 victory on the road at Murray County.

It was new Head Coach Paul Standard’s 175th career victory, and his first at Gilmer High School. Although it was just the second game under Standard’s leadership, the imprints of a coach used to winning is already emerging. As the Head Coach at St. Pius for 20 seasons, he has twice led teams that played 15 games, had two undefeated regular seasons, while winning eight region titles. More importantly for Gilmer, Standard’s teams were able to compete at a level where they had to do more with less. Most people tend to think it’s easy to win at a private school, often times that isn’t actually the case when you’re playing with some of the biggest public schools in the state.

Week one saw the cancellation of the annual rivalry with Pickens. In retrospect, that would have been a better benchmark for the progress of the team rather than the Thursday match up with Ringgold. The Cats were clearly outmatched in their opener and couldn’t get much going.

Which brings us to their matchup at Murray County Friday night. A team the Bobcats defeated a year ago in Ellijay with a thrilling goal line stand.

The Bobcats came out strong in the first half. An early Brock Titus touchdown made it 7-0 within the first three minutes. Murray looked to throw the ball around but didn’t have much luck on their first two drives and were forced to punt. Gilmer got the ball back and embarked on a drive six minute drive from inside their own 20. The drive was capped by a play action pass to Kobe Stonecipher for the touchdown to make it 14-0.

Murray put together a drive that stalled out around midfield. The ensuing punt was blocked by Dom Tarantino. It seemed like a play that would allow Gilmer to put away the Indians early. It wasn’t to be, as the Gilmer offense took a shot downfield that was intercepted. A lengthy return was called back due to a penalty. 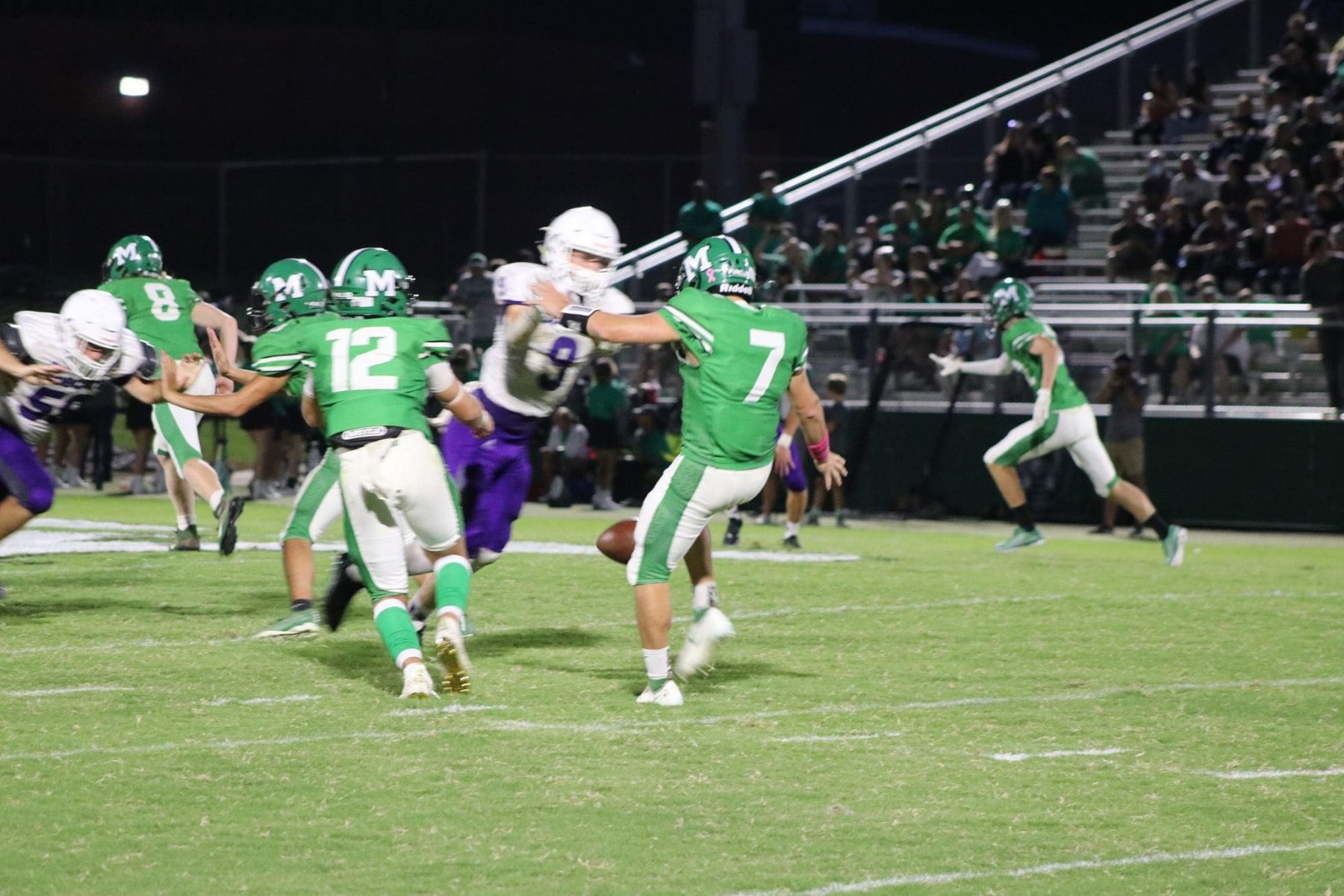 The young Cats defense once again bent, but did not break. They got the ball back with a little over two minutes remaining in the half. What seemed like a chance to run out the clock and escape the first half with a shut out in tact seemed to be the obvious move. Instead the Bobcats ratcheted up their tempo and went right down the field. Senior QB Seth Darling connected with Senior Dom Tarantino for a touchdown with just 14 seconds remaining until the break. 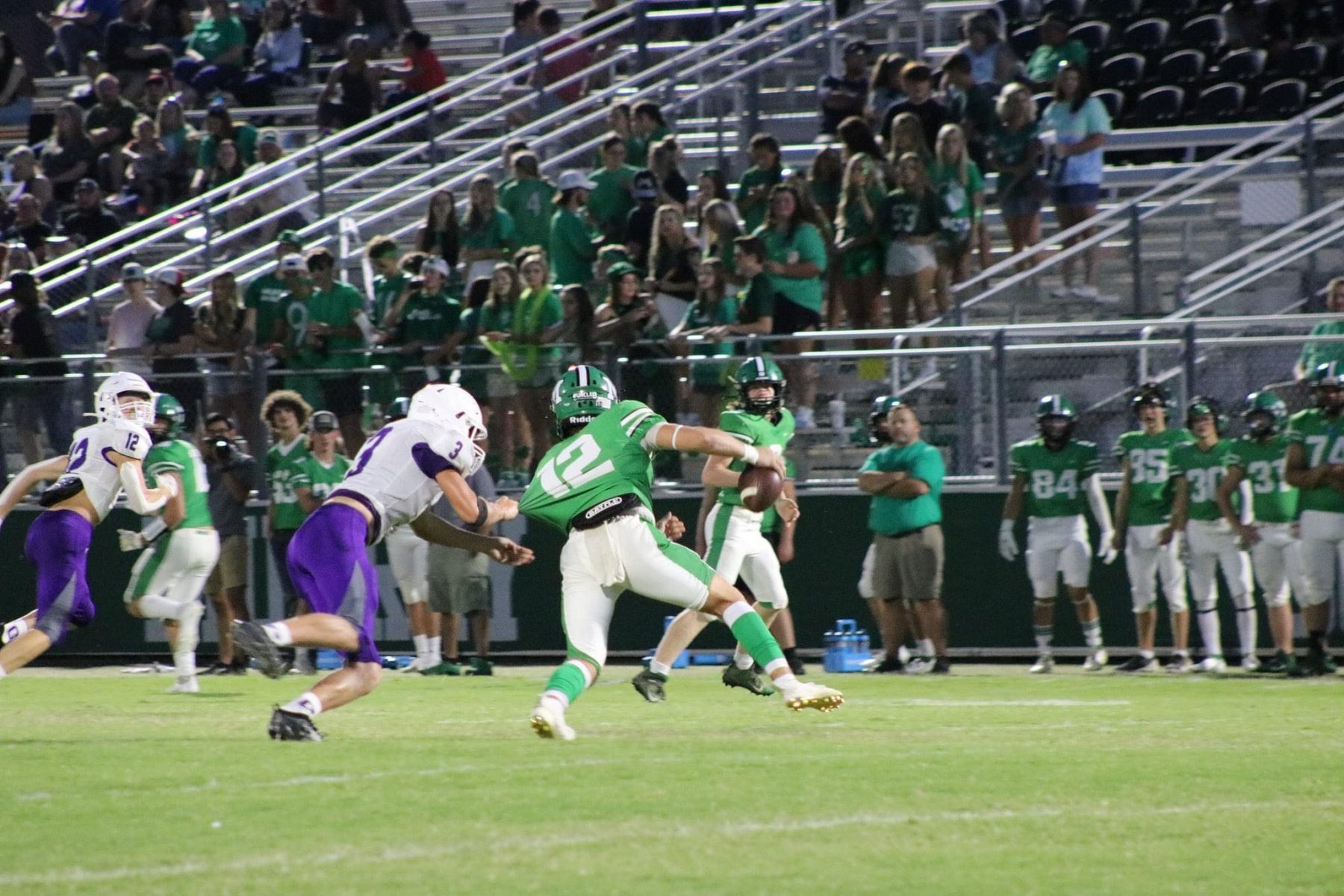 Gilmer’s offense again got to work on their first possession of the second half, already up 21-0. The Darling led triple option attack worked exactly the way it was drawn up. Murray seemed off balance, as the Cats playbook gradually opened up throughout the third quarter. The drive was capped off by a Seth Darling keeper to the left side to make it 27-0. Freshman Talyn Curtis added his fourth extra point to make it 28-0. 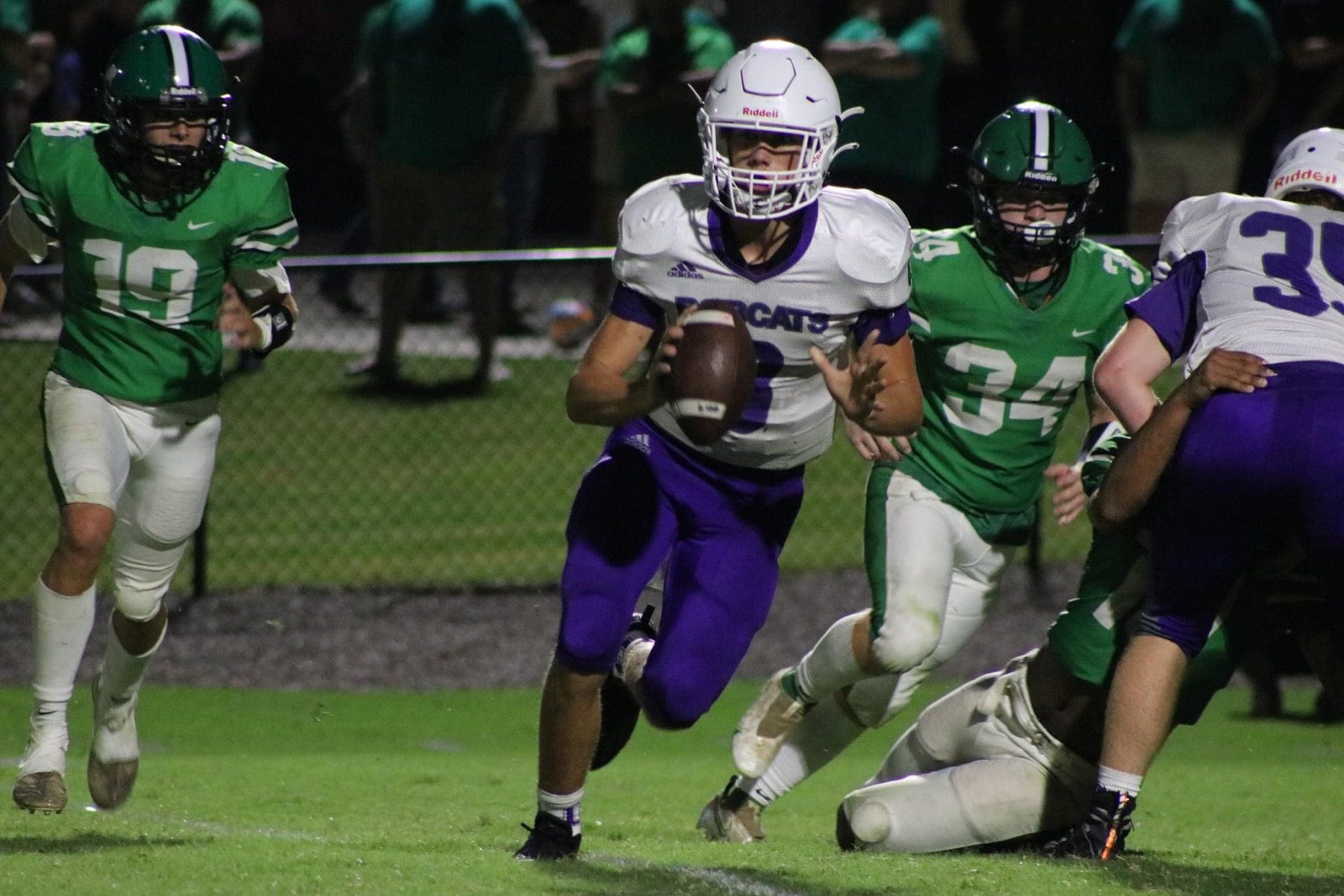 The Murray Indians were finally able to break through on their ensuing possession. They hit a big play to score a touchdown from midfield. The extra point made it 28-7 with 4:32 left in the third. It would stay that way going into the fourth, as the Bobcats offense got back to work.

Yet again, the Gilmer offense was able to rip off huge chunks of yards from scrimmage. With 10:02 left Stonecipher ran it in for his second score of the game. The extra point failed, making it 34-7.

It seemed as if the Stonecipher touchdown would be the final nail. Credit to the Murray offense though. They were able to score again another long touchdown and convert a two point play to make it 34-15.

The onside kick failed, but they were able to force Gilmer’s first and only punt of the game. Murray was able to move it down the field again. Kobe Stonecipher appeared to make an incredible game ending interception that was ruled incomplete. The Indians took advantage of the call by scoring a few plays later. The two point conversion failed to make it 34-21.

After another failed onside kick the Gilmer offense took control and didn’t look back. They were able to stifle the comeback with three consecutive first downs. Seth Darling took a knee and the Cats were in the win column to improve to 1-1 on the season.

Afterward, an exuberant Paul Standard had much to say about the effort…

“I thought we played great defense in the first half, our offensive line was all underclassmen due to some illness on the team, they really grew up tonight.”

On QB Seth Darling: “Seth Darling at Quarterback is a leader, there’s a lot of pressure on Seth learning a whole new offense.”

On the Gilmer football program: “Obviously we’ve got a million miles to go… but here’s what I’d like the public to know. These guys have been down for a while, for a lot of reasons. I’m proud that the 53 we got who made a commitment to be part of this program are giving it all they got. I’m happy to see the fruits of their labor.”

The Bobcats return home this week for a match up with East Jackson High School. Kickoff is at 7:30pm.