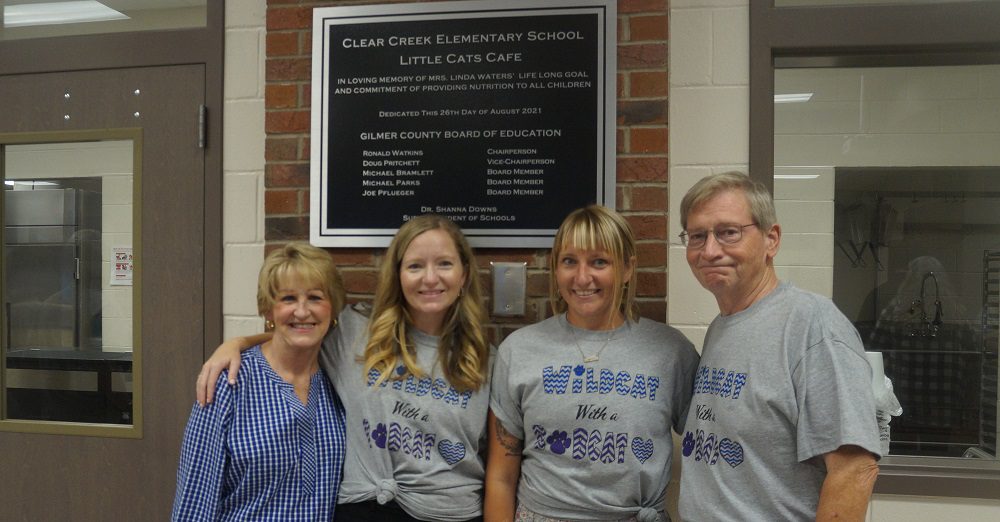 EAST ELLIJAY, Ga. – Almost one month into the school year, the Board of Education and Superintendent Dr. Brian Ridley gathered with school faculty and representatives of the architectural and construction firms that have worked on Clear Creek Elementary School for the official grand opening along with dedicating the Little Cats Cafe. 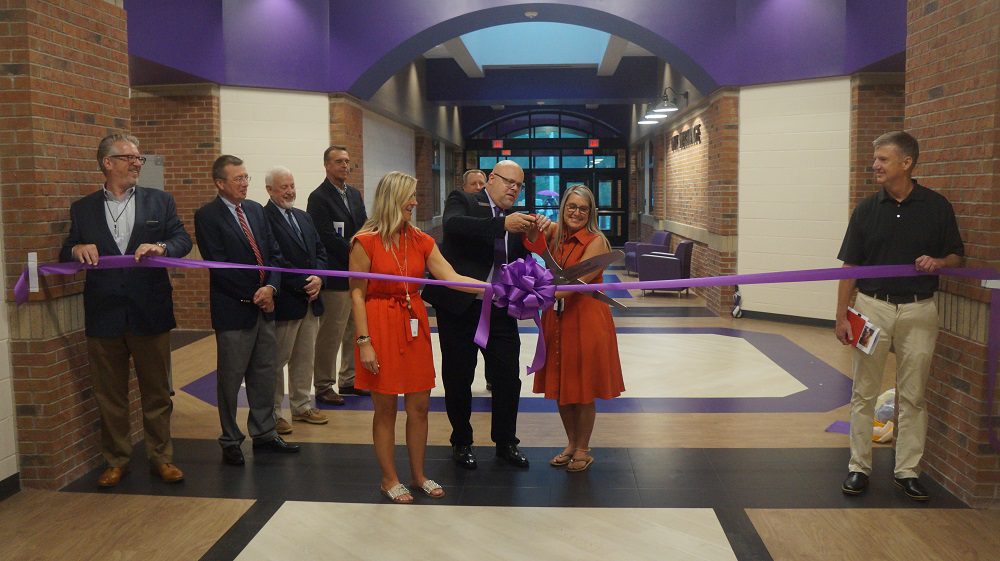 But more than just opening the school, there was also lunchroom staff and family and friends of Linda Waters, Gilmer’s previous nutrition director, to dedicate the school’s cafeteria to her.

Ridley offered thanks to board members and those representatives present for their parts in the project as well as former Superintendent Dr. Shanna Downs, under whose leadership the project began.

Officially cutting the ribbon on the grand opening, the school’s principal, Stephanie Burnette, offered a few words saying, “Everyone who remembers his or her education remembers the teachers, not necessarily the technology or the methods that were used. The teachers at Clear Creek Elementary School are the heart and what makes everything happen with every child, every day. We have a wonderful staff at Clear Creek Elementary School and this school would not be what it is today without our staff.

Immediately after the ribbon cutting, the presentation moved to the cafeteria. 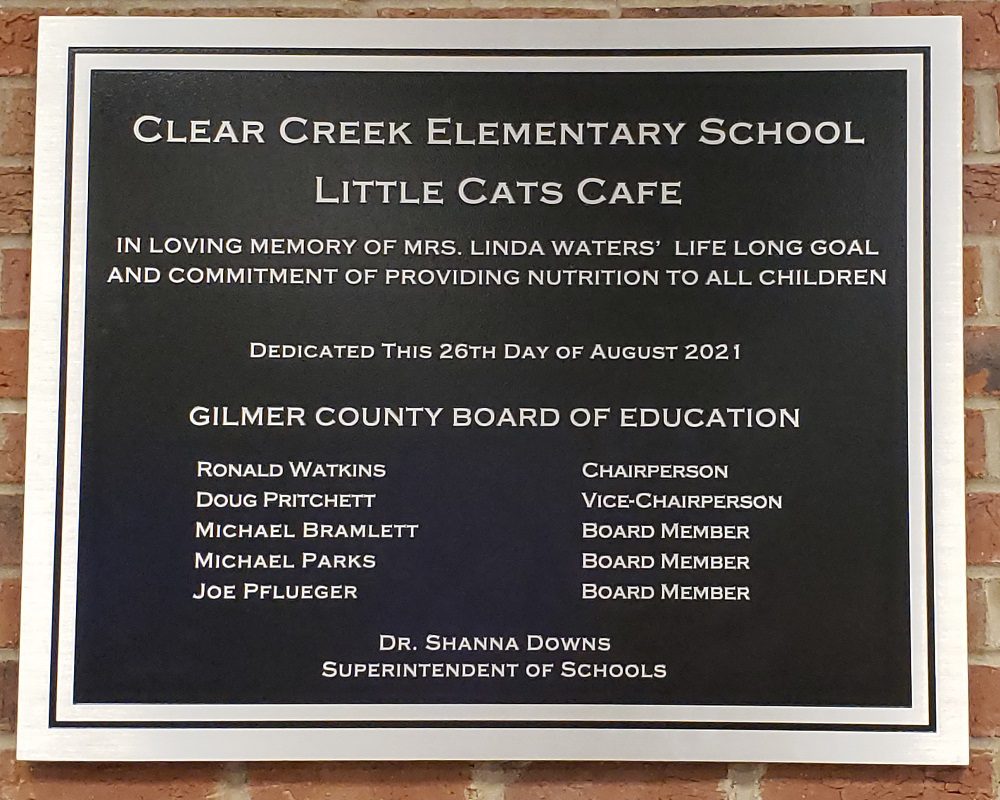 This special honorary plaque hangs in the Little Cats Cafe to honor the life, efforts, and achievements of Linda Waters as Gilmer Schools’ Nutrition Director.

Honoring her commitment to the children of the school system and their nutritional needs, Gilmer School named the facility the “Little Cats Cafe.”

Burnette told that the name came from an older school as Linda Waters had wanted the cafeteria to have a name. When put to a vote, the name “Little Cats Cafe” won and stuck. Now, moving from the older building to the new facility down Yukon Road, the name is following the school. Achieving one of Waters’ goals, according to Burnette, the new facility is a state of the art kitchen with more space and better equipment than the old school ever had.

Randy Waters also spoke recalling memories and Linda’s fondness for the both the kids and the staff she worked with. “She loved you all,” he said.

He continued on thanking everyone for attending and celebrating her work. Randy said, “Thank you so much for being so kind to her, so helpful to her.”

As part of the ceremony and dedication, the school revealed a plaque placed onto the wall of the cafeteria memorializing Linda Waters and her time and efforts with Gilmer County Schools. 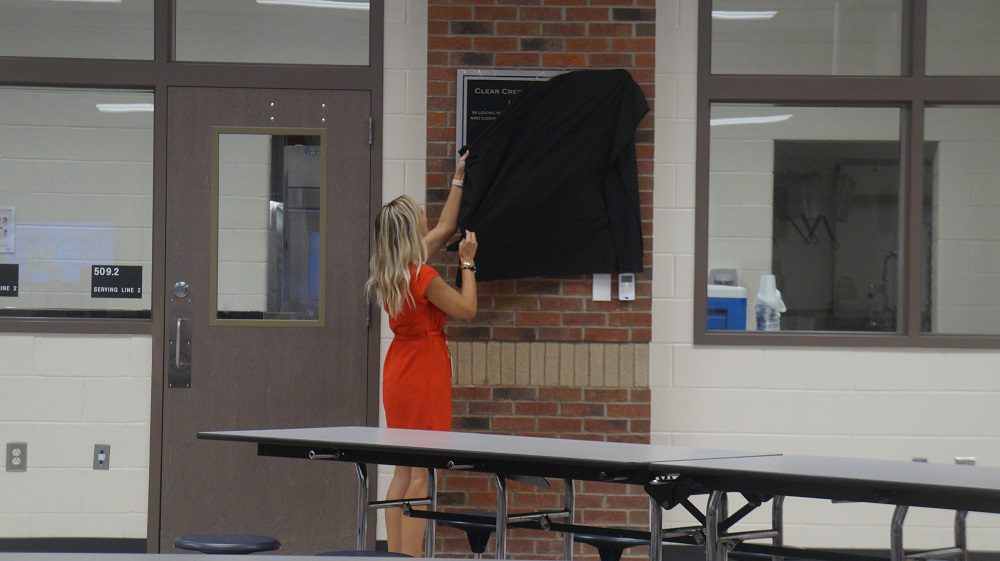