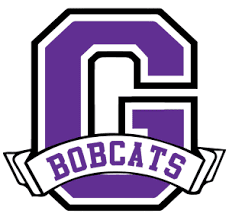 The Gilmer Lady Cats basketball team coming into the 2021-22 season is looking to be one of the best teams in our area. It is realistic for them to be able to compete for a region title and have a good chance to make a deep run in the AAA playoffs. After three straight winning seasons the expectation is for a fourth. With longtime coach Susan Nunn at the helm for what she is planning to be her last season it is realistic to think Gilmer wants to send her out on a high note.

A successful season last year and a third place finish in a very tough region was a solid season. Gilmer does lose 4 of their top 5 scorers in Emma Calihan, Emma Deyton, Hope Colwell and Beth Burnette. Elly Calihan and Hope Colwell were 1st team all region, while Emma Deyton was 2nd team all region. Gilmer finished third in the region and made it to the sweet sixteen in the playoffs. Interestingly Gilmer did beat the second place team in the region White county 2 out of 3 times they played.

Three key returning players this year, led off by 1st team all region selection senior Elly Callihan who led the team in points, rebounds, and several other statistical categories. Lark Reece who was last year’s team’s sixth man and got lots of time. Brooke Wilson is a player who had a growing role as the season went on last year, with hopes that her role will continue to be even bigger this year. There will also be a lot of new players to varsity this year with several still vying for playing time. It will be important to find some consistent guard play as the season starts.

An incredibly competitive region where it should be expected for possibly 3 if not 4 teams that could win the region. Lumpkin brings back several 1st team all region players and will look to defend their region crowd. White Co. loses a lot similar to Gilmer but does bring back all region honorable mention Naomi Roberts.

Full Schedule can be found at:

The Gilmer Co. Lady Cats are used to high expectations and goals on a year to year basis. Yet with having lost a lot to graduation some may think they will take a step back. I would argue though that with it being Coach Susan Nunn’s last year, it should be a special year. Especially when you have a play the caliber of Elly Callihan it means you can compete with just about anyone. As the team breaks in some new guards early this year it may have an adjustment period early. Yet by season end come region tournaments and playoffs, Gilmer should be able to make a run.