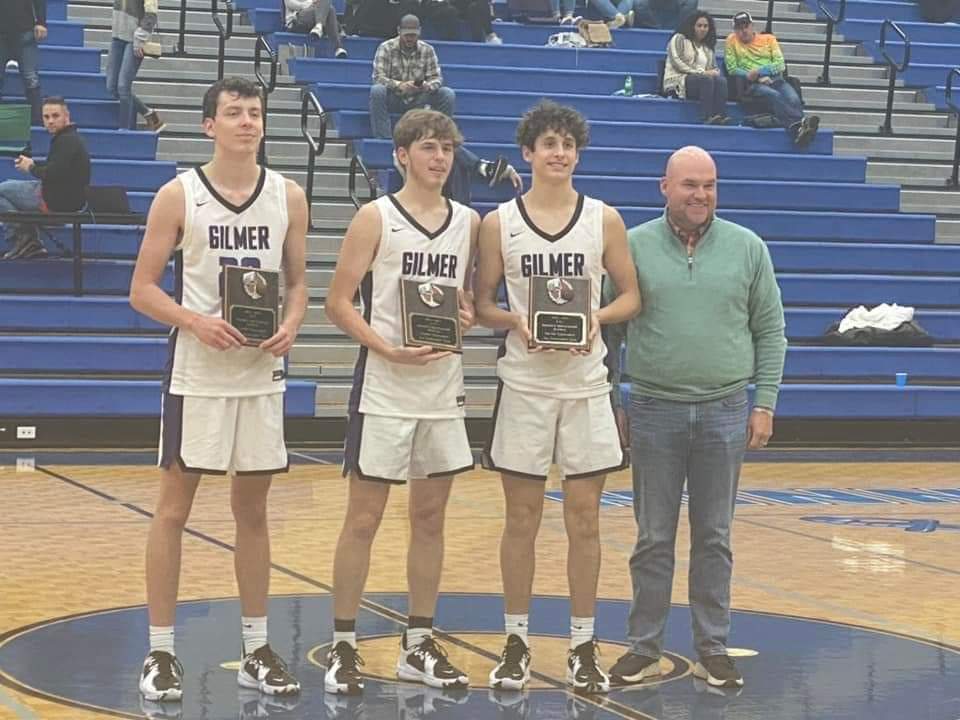 The Bobcats kicked this year off in the ETC Tipoff Tournament, where they defeated Copper Basin, Fannin County and Pickens County. The game against Pickens was the most tightly contested game for Gilmer so far this year, but they were still able to come away with a 60-53 victory over the Dragons.

So far, Gilmer is outscoring opponents 248-159. The Bobcats defense has been the story so far this year, as they are giving up less than 40 points per game. If they can keep up this fast pace style of basketball, then they are definitely going to be contenders for the Region Championship crown.

The Bobcats are led by Seniors Cade Carter, Ethan Banks and Lewis Mulkey. Cade Carter is a 6 foot 6, 210 pound center who is a matchup nightmare for most teams. The Bobcats are coached by Jordan Hice, and are primed to have one of their best seasons in a while, as they have already surpassed last years win total.