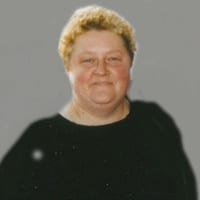 Mrs. Ledford was born November 15, 1956 in Lumpkin County to the late James Paul and Dorothy Waddell Weaver. She was a Gilmer High School Graduate and a attended of the Oakhill Independent Church. She is preceded in death by her, parents, husband, Michael Ledford and brothers- in-law;, Jerry and Larry Ledford.

Funeral Services will be held Sunday  December 10th at 1pm from the Chapel of Bernhardt Funeral Home with Rev. Edward Ledford officiating. Interment will follow in the Clear Creek Baptist Church Cemetery.

The family will receive friends Sunday December 10th from 9:00am until 1pm at the funeral home.