ELLIJAY, Ga. – New life is springing from an older foundation in Gilmer County this week with the CORE Facility on River Terrace, just off of Maddox Drive. 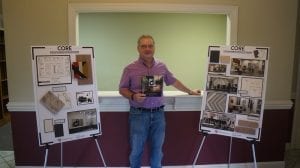 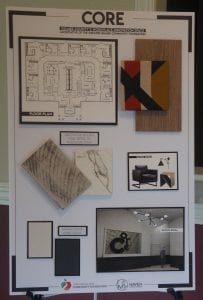 However, concerns about the project’s feasibility in Ellijay stalled the idea and the plans never saw action. Seven years have passed since the idea began at Carrollton and the Greater Gilmer Foundation was created. Now, as Sanford noticed the building for sale on River Terrace, the owner, Edgar Land, originally wanted to sell the place. Kent says negotiations allowed them to lease-purchase the building and begin renovations to revolutionize the early life of small businesses in our area. Sanford went on to say the just like in fitness when they say strength comes from your core, “CORE will be where the future strength of Gilmer County comes from.” 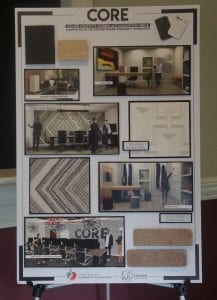 As an incubator, CORE stands to be a resource center for new businesses. As they take up residence in an office, they will grow and learn through cooperation with the foundation and educational sessions the CORE facility puts on. Additionally, the future plans of the CORE facility would also provide for business mentors to advise these start-ups on everything from day-to-day operations to faculty to financial decisions.

Sanford went on to say, “Not only are incubated businesses about twice as successful as ones that don’t have that mentoring help, but you also have about 80% of all businesses that start in a community stay in that community.”

As a co-working space, CORE will provide an office to a small business that may not need much space, but does need something like access to better internet than they may have at home. With utilities and furnishings provided by the CORE facility, this could give small businesses access to larger benefits to better present themselves to clients. With conference rooms and special areas available for scheduling, it also provides the amenities of a large office to be shared among those in office. 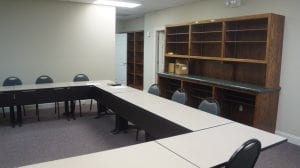 The amenities would not just be for those residing in the office spaces, though. Sanford says they are looking at a membership idea for other businesses with their own small offices that may still be in need of space temporarily for training seminars or business conferences. Looking past the businesses, Sanford said that other things like civic clubs and organizations could also find a use for the spaces.

The idea flows that as new and old businesses alike start to grow in the CORE facility, they would reach a point and need for larger space, as the move to other larger locations, the offices open up to other new businesses.

Additionally, Sanford says he hopes to see a variety of businesses utilizing the space to grow so that they benefit each other. For example, one Accountant next to a web designer could share services providing financial services o the web designer and a website for the accountant. In this way, the community feeds itself and strengthens each while maintaining close proximity for convenience.

Sanford also noted that the resource center was not just for Gilmer County businesses. He wants CORE to become a Regional Resource for Fannin, Pickens, and Gilmer for those who need only to drive a short time to take advantage of the CORE facility.

Working on their fundraiser right now, the Foundation hopes to see three phases of the CORE facility. 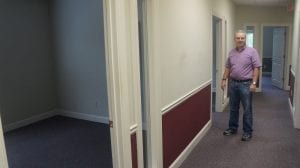 In Phase I, the renovations will complete with the fundraising and open to the public by the end of the first quarter in 2019.

In Phase II, the foundation will continue renovation onto the second floor to open up a larger open space for education and training in a 1,200 square foot space upstairs.

In Phase III, hopes for the CORE Facility could extend into the schools for things like STEM Classes, STEM Saturdays, or other forays into education connection. Consolidating resources for these could include shared STEM kits or a shared expense for a STEM subscription service involving 3d-printing necessary components. However, specific details into PHASE III have yet to finalized, but Sanford said the general idea is to grow into partners in education in the county.

As a part of the connection for education and incubation for new businesses, Sanford says he hopes the facility will ultimately have a real impact on the growing trend of educated students leaving the community for careers elsewhere.

As it is still in the fundraising stage, plans for the facility could shift, but Sanford states he already has people looking to rent space in the building.