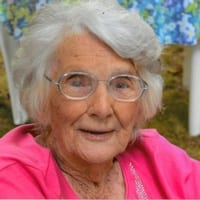 Mrs. Weaver was born, October 3, 1920 in Gilmer County, the daughter of the late Otis Garfield and Ellie Mae Ellis Weaver. She worked in the textile industry, working at J&C, and was a member of the Tickanetley Primitive Baptist Church.

Funeral services will be held Wednesday at 2:00pm from the Tickanetley Primitive Baptist Church with Elder Kelly Smith and Elder David Smith officiating. Interment will be in the church cemetery.

The family will meet with friends Tuesday from 3:00pm until9:00pm at the funeral home.